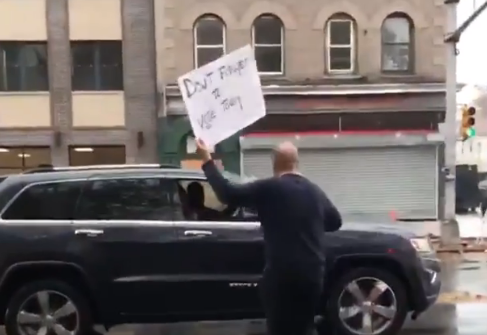 Good question. New Jersey’s junior senator is (and will) be spending even more time out-of-state (and D.C.) than usual as he runs for the 2020 Democrat presidential nomination, so the NJGOP has developed a clever tool designed to help you track Gropacus’s travel around the country.

_Here is the link.

“New Jersey is consistently last among every other state in what we get back from Washington versus what we send in. While there was no shortage of public outcry over Governor Christie’s state absences to run for president, there’s a double standard when it comes to Cory Booker. Meanwhile, New Jersey is left behind. We need federal representatives who will dig in and fight for New Jersey to get its fair share,” said NJGOP Chairman Doug Steinhardt. “We’ve created a tool to help voters understand just how underrepresented they are while Cory Booker runs for President,” Steinhardt added. “Half of his February schedule is already taken up by fundraisers in Beverly Hills and meetings in Iowa, New Hampshire and South Carolina. While he’s busy touring them, the rest of New Jersey is back here trailing the other 49 United States.”