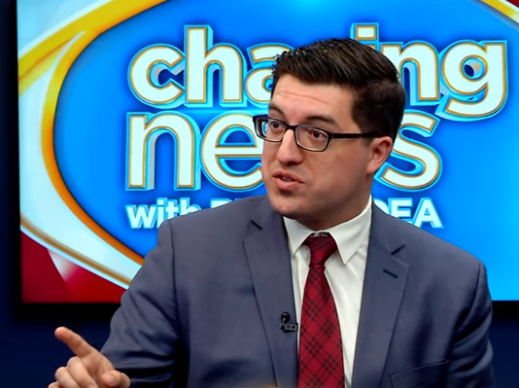 TRENTON, N.J. — A major scandal rocking higher education in the United States is also raising larger questions about whether the current system is fair (or even makes sense).

Save Jersey Blogger-in-Chief Matt Rooney was back on Chasing News with Bill Spadea this Wednesday to offer an under-discussed perspective on Operation Varsity Blues.

“I look at the list of those being criminally charged – it’s the League of Nations, Bill,” opined Rooney. “You had Asian names. You had Middle Eastern names. You had Hispanic names. This isn’t about race. This is about privilege. Rich privilege. Hollywood’s involved. It’s limousine liberals, Bill, who talk about the poor, talk about the Middle Class, but when their own family or personal interests come into conflict with those folks they say they care about, they have no problem pushing them aside.”