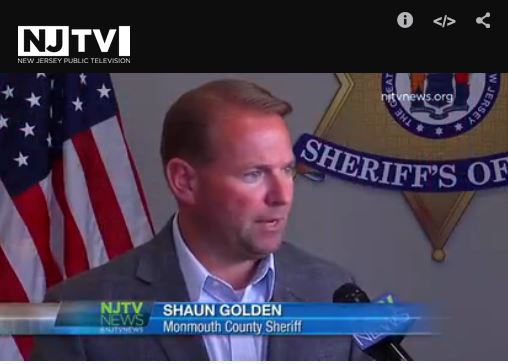 Monmouth County Sheriff Shaun Golden issued a statement today condemning the Trenton Democrats’ marijuana legislation as “poorly written policy by the Democratic majority” “that is aimed at grabbing tax dollars without any regard on the impacts on our local communities!”

Golden said the legislation would allow more pots shops than coffee shops in New Jersey and does not provide for licensing of retail establishments or background checks of retailers by law enforcement officers, as liquor licenses require.  He cited published reports that indicate that legal marijuana in other jurisdictions have increased minority arrests and incarceration and increased motor vehicle collisions and fatalities.