Alyssa Milano and the Mothers Against Motherhood 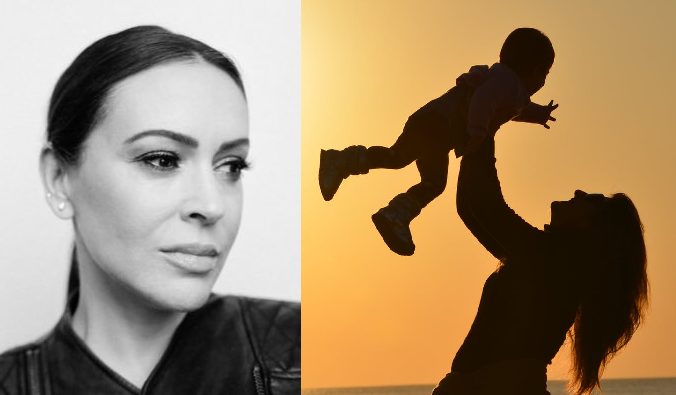 I hope you all had a lovely Mother’s Day, Save Jerseyans, no matter who you celebrated and how you celebrated. It’s a special day because motherhood is an extremely special institution.

“Actress” and far-left activist Alyssa Milano (who has two kids) celebrated her Mother’s Day Weekend by rolling out her widely-panned sex  strike on Twitter:

Our reproductive rights are being erased.

Until women have legal control over our own bodies we just cannot risk pregnancy.

JOIN ME by not having sex until we get bodily autonomy back.

She’s presumably referring to the heart beat bills which have been signed into law in Ohio and Georgia leading to widespread liberal outrage and, as evidenced by this particular case, plenty of silliness.

Crazy levels of silly? Sure. She may even know that and wants attention more than being taken seriously. This is a creature of Hollywood we’re talking about here.

Hyperbolic? Yes, that too. The Pro-Life movement isn’t a “male” movement. Calling on women to withhold sex from men isn’t just crass and stupid, but it also shows that Milano and those who think like her don’t even know what their opposition really looks like.

A great set-up for jokes about the benefits of stupid people voluntarily deciding not to reproduce? Affirmative! Low-hanging fruit.

Even many feminists/fellow lefties who follow Milano think a “sex strike” is a monumentally stupid idea, but her response to these critics tells us something interesting:

It’s just too dangerous to have sex with men nowadays.

Attitudes towards motherhood have changed plenty throughout the millennia, and there have also existed other cultures with a less-than-enlightened opinion of human life’s intrinsic value (Ancient Sparta? Assuming Plutarch was right about babies going over cliffs, which he probably wasn’t). This may be the first time motherhood has been viewed as a burden by a significant portion of the female population. Something that’s limiting, and “dangerous,” and on the balance more negative than positive. The ghoulish Planned Parenthood crowd used to be fringe-y; it’s feeling more mainstream these days, at least in the cities and coastal inner ring/affluent suburbs where wingnut Democrat candidates are presently thriving.

Milano is a mother. Of two.

Does she regret motherhood?

She might deflect and tell you it’s an issue of “choice”; saving women from finding themselves stuck in a situation where they need to be a moms instead of pursuing a career or finishing an education. There’s the moral response to that sad argument which is fairly obvious; plenty of working moms (I know plenty, and I’m sure you do, too) would also take exception with the premise of that “choice.”

I could go on, and on (and on), Save Jerseyans, but it suffices to say that you should feel extremely lucky this year.

Most of you have mothers who ultimately wanted the job. Some were dedicated homemakers; others were accomplished career women. All of them viewed rearing, raising, protecting, providing for and loving you as their most important job even when that job was inconvenient, tiring, challenging, or occurring in generally less-than-ideal circumstances.

Apparently? Motherhood is not something the next generation of children can take for granted. God help them.