2.5 years after predicting a Trump economic meltdown, how does Krugman still have a job? 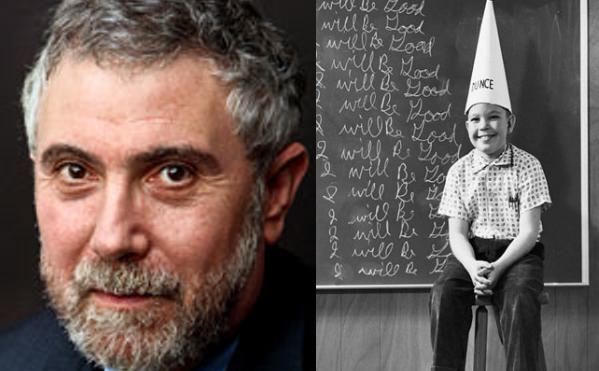 The job market for Hispanics, women, and high school drop outs is strong.

God knows our economy isn’t perfect, Save Jerseyans, and everything cycles (eventually), but in the 2.5 years since Donald Trump upset Hillary Clinton, it’s becoming abundantly clear that the Left’s dire predictions of Trump economic apocalypse were complete bulls–t.

Remember this bit of “wisdom” from “economist” Paul Krugman?

We are very probably looking at a global recession, with no end in sight, says @PaulKrugman https://t.co/N1fvu9h1Fj

Yet Krugman is still treated as an expert by the Media, and the Left for which the Media runs blocker hasn’t admitted it got Trump wrong. They’ve doubled down! Pivoting from their unhinged, factually-bankrupt Election 2016 predictions to shrill demands for a surreal ‘Green New Deal’ and wacky communistic experiment like ‘universal basic income.’

Our economy is roaring; the Left is running on fumes.

You may nevertheless hate his tweets. Fine.

You may also hate some of his policies.

I may even agree with some of your criticism!

But if you can’t admit that Donald Trump’s policies have done more good than harm for our economy? How most Americans are financially better off today than before January 2017? And that the wild prognostications of a Trump-catalyzed doom were politically-motivated hysteria?

That says far more about YOUR deficits than the Trumpster’s own.