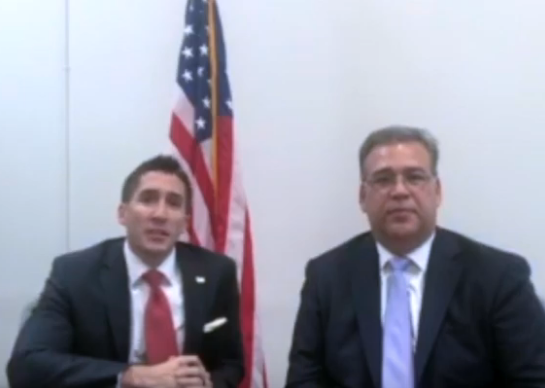 “The State Republican Party has a general practice of not weighing into our Party’s primaries,” said Chairman Steinhardt.  “But in the case of Joe Howarth, we’re making an exception. The Assemblyman is a fraud and a Republican by registration only. His abrupt shift  from begging South Jersey Democrats to take him in, to reinventing himself as a “MAGA Trump Republican” is nothing short of corruption.”

The Trump angle is only part of the story. Steinhardt’s endorsement of Burlington County Sheriff Jean Stanfield and Assemblyman Ryan Peters (Peters was Howarth’s running mate in 2017) comes after months of allegations that Howarth tried to switch parties following state Senator Dawn Addiego’s defection to the Democrats back in January 2019. Howarth denied attempting to switch but numerous Republican leaders (and Democrats, speaking off the record) have all disputed his account.

“Voters need to know who the real Republicans are in this race. Jean Stanfield is the first female Sherriff in Burlington County history and Ryan Peters is a Navy SEAL Commander who served multiple deployments abroad. They understand honor, commitment, and integrity. They both have strong conservative records and impressive resumes of public service. It is a privilege to support them,” added Steinhardt.

8th District voters will need to choose two candidates from among Peters, Stanfield, Howarth, and a fourth candidate (Jason Huf) on Tuesday.

Taking in portions of suburban Burlington, Camden and Atlantic counties, LD8 is considered one of this year’s most competitive general election races where Democrats hope to add two Assembly seats to their ever-expanding legislative majority.