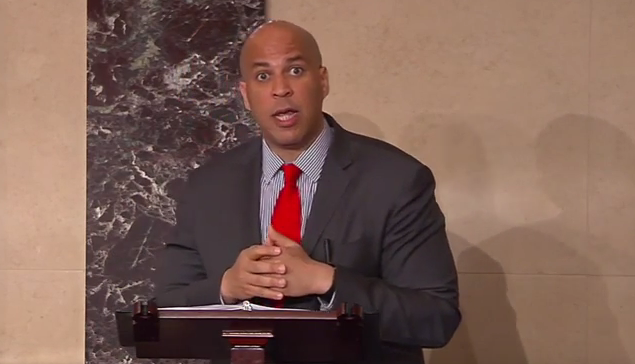 Cory Booker’s latest proposal is likely to prove a much tougher sell.

The Democrat presidential hopeful’s newly-unveiled ‘Matthew Charles and William Underwood Second Look Act‘ announced Monday will permit all imprisoned convicts in federal facilities the opportunity to petition for early release if they’ve served at least 10 years of a 10+ year sentence.

More controversial still: prisoners over age 50 would have a presumption of release; that means the state would need to demonstrate that the soon-to-be released inmate is prepared to rejoin society and isn’t a threat to the general population, a significant departure from the current system.

But that’s not even the most dramatic part of his pitch. Booker’s proposal does not set forth ANY offenses as bars from eligibility; gang members, rapists, pedophiles, mobsters, murderers, drug dealers, armed robbers… they’d all technically qualify for possible release if they’ve been in jail for over 10 years, and they’d enjoy a PRESUMPTION of release upon turning 50. 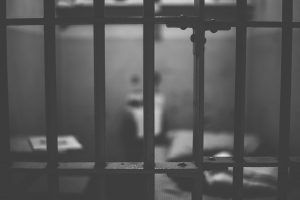 “While the First Step Act was a momentous achievement, more work remains to be done,” explained Booker. “Our bill targets a harsh reality: there are hundreds of thousands of people behind bars – most of them people of color – who were sentenced under draconian laws during the height of the War on Drugs that we have since recognized were unfair. But many of the changes we’ve made to these laws have not been retroactive. That means there are now an enormous number of people in prison who have served lengthy prison terms, are not a threat to the community, and are ready for re-entry, but are stuck under these outdated sentencing laws. Those policies don’t make us any safer, and waste resources that could be used to invest in our communities and our future, rather than serving to discard the marginalized and most vulnerable. Our bill recognizes this unfairness and gives people who have served their time a ‘second look.’”

What’s to stop activist judges from springing violent offenders based on the ‘second look’ logic?

Nothing, it would seem. What constitutes a threat to society appears to be entirely subjective.

There’s also no apparent plan to pay for the monsoon of motions which the already-strained criminal justice system will need to absorb in the event that Booker’s bill ever became law, negating much of the alleged taxpayer savings Booker says he can generate by decreasing the over 50 prison population.

It has been estimated that there are over 250,000 individuals over 50 in America’s jails.

While 45.3% of the federal prison population is incarcerated for drug offenses – a broad category including violent and “non-violent” offenders – thousands more are guests of the government for crimes including homicide, aggravated assault, robbery, kidnapping, and an array of sex offenses.