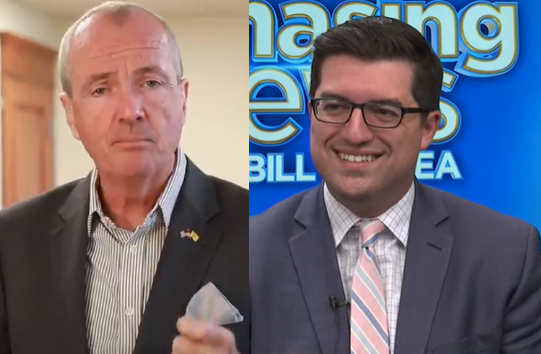 Save Jersey Blogger-in-Chief Matt Rooney returned to the Chasing News A+ Panel on Monday to opine on whether Murphy made a good move (and what might make more sense for the taxpayers).

“Governor Murphy has been permanently detached from reality by the time he got elected to office. And look, one of the things I think is so amazing about this is a man – Phil Murphy – who is constantly complaining about millionaires and how much we pay CEOs. Now he’s telling us that we can’t attract the best talent unless we are willing to pay them unlimited sums of the taxpayers’ money. That’s absolutely ridiculous. We need reform. We need to talk about consolidating school districts. We need to talk about whether or not we even need superintendents in some school districts that only have a few schools. That’s how you would really solve this problem,” Rooney told guest host Bill Caruso and co-panelist Peter Brown, a Democrat councilman in Liden.

“In theory I love that idea: let every town decide what they want to pay for. But we have a school funding formula where a certain number of school districts are paying for an even smaller number of districts for all their educations costs. So yeah, if it was just my town, there’d be democracy,” added Rooney. “If I don’t like it, I can go and throw my school board out. But if I’m also paying down in South Jersey for something that’s happening in Newark or vice versa, I don’t really have a say, and that’s messed up and that’s part of the reason things are out of control.”