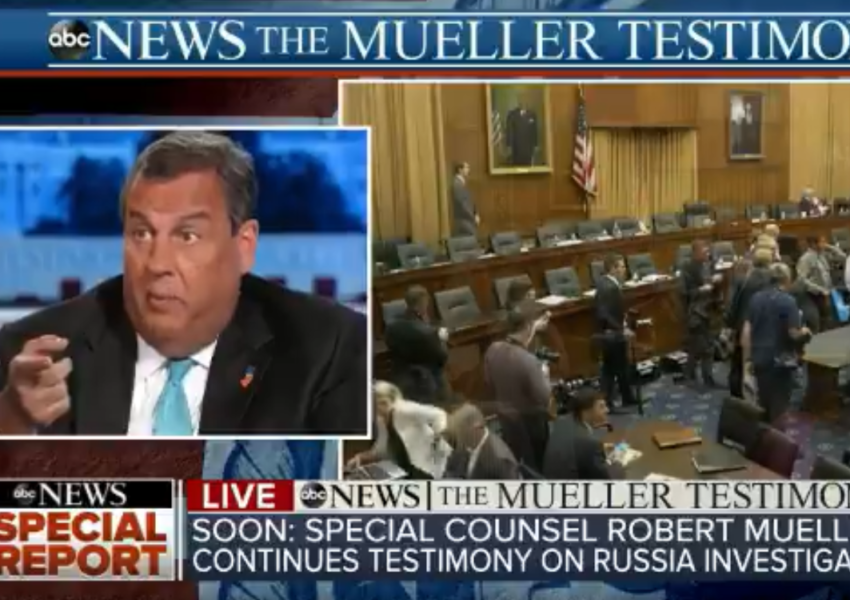 WASHINGTON, D.C. – Observers on both sides of the aisle concluded that Bob Mueller’s testimony before the House Judiciary Committee on Wednesday was a resounding failure for Democrats hoping to give their sagging Russia story line a boost.

Former New Jersey Governor Chris Christie (now a paid ABC contributor) opined during the network’s coverage that a lack of focus on Russia’s attempted interference in the 2016 election represented “a big mistake for Republicans long term, for our credibility…It’s a very shortsighted strategy.”

Chris Christie says lack of focus from some lawmakers on Russian electoral interference "is a big mistake for Republicans long term, for our credibility…It's a very shortsighted strategy." https://t.co/CXfCvYspNV #MuellerHearings pic.twitter.com/uKSdo2wnaz

“I don’t think Nancy Pelosi is going to stand for her members bringing forth something that is going to obviously lose in the Senate, lose with the American public,” said Moran. “And the problem with Mueller’s testimony on this issue is that he had to carry the ball for them some way, whether he wanted to or not, at least by being a vigorous, strong, rock-solid prosecutor. And he looked like somebody who’d slowed a step or two, and perhaps, as the Republicans are starting to put out there, maybe he wasn’t in control of all those angry Democrats, maybe he’s a figurehead, somebody from the past that they put there so they could do their dirty work. That’s the theory they’re coming out with. It’s not going to be bought by Democrats, but they needed more fuel for any kind of impeachment effort.”