Bruce bashes Donald: Doesn’t understand “what it means to be an American” 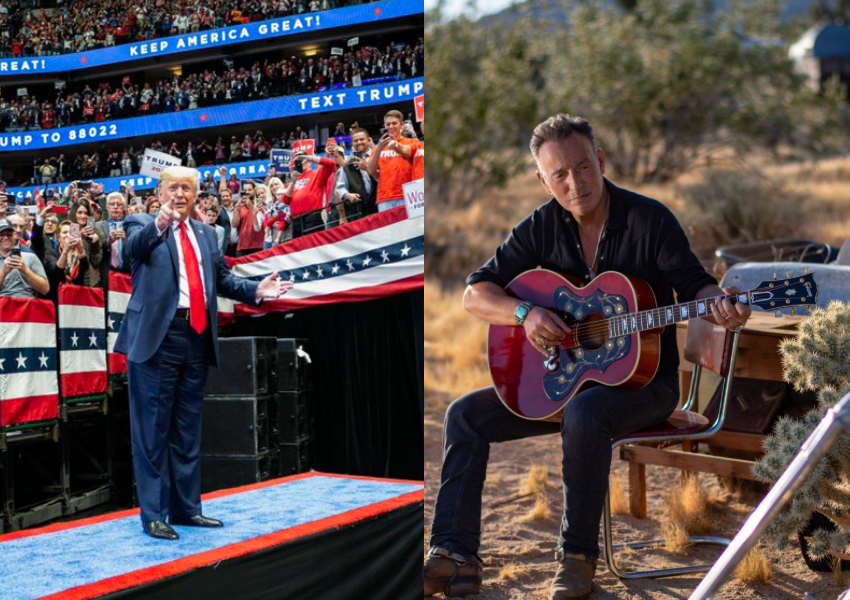 ASBURY PARK, N.J. – The feud between “the Boss” and the President took another turn this week when Bruce Springsteen told CBS’s Gayle King that Donald Trump don’t understand what it means to be an American.

“It’s just frightening, you know? We’re living in a frightening time,” Springsteen explained. “The stewardship of the nation is — has been thrown away to somebody who doesn’t have a clue as to what that means … And unfortunately, we have somebody who I feel doesn’t have a grasp of the deep meaning of what it means to be an American.”

Trump had taken direct aim at the notoriously far-Left New Jersey rocker at his early October rally in Minnesota.

The President mocked him with the title “little” Bruce Springsteen before offering a backhanded compliment.

“They got Bruce Springsteen. He’d do about two songs, then leave, and what happens?  Everyone leaves with him,” said President Trump, referring to the 2016 concert which Bruce co-headlined for then-candidate Hillary Clinton. “And (Clinton’s) still speaking in front of the same lousy crowd. Craziest thing I’ve ever seen.”