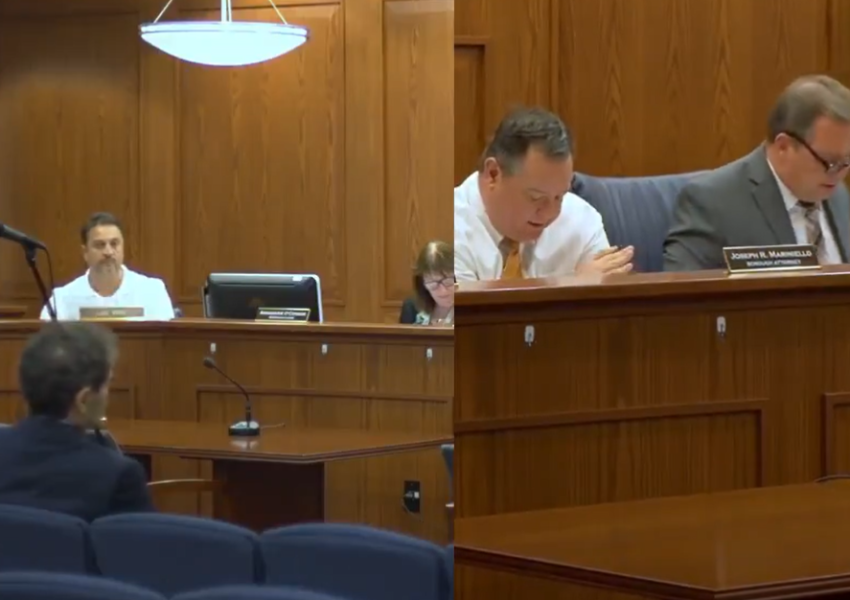 Stossel’s investigation began following the filing of a federal lawsuit reported by NorthJersey.com in which the plaintiff (a developer) accuses the town of actively thwarting competition to favor another politically-connected developer named Fred Daibes (who was later indicted on federal banking-related charges). Stossel eventually confronted the local governing body in a 2018 videotapped exchange – see below – which turned nasty. Even The New York Times covered the story.

The mayor, for his part, categorically denied the conclusions of Stossel’s reporting.

Now a new development in the case prompted Stossel to renew his attack on Thursday, via Twitter:

I confronted New Jersey politicians when a lawsuit said they corruptly tried to seize a developer's land.

Seems they're dodging a public investigation that I bet would confirm their corruption. pic.twitter.com/iUkWiQm78X