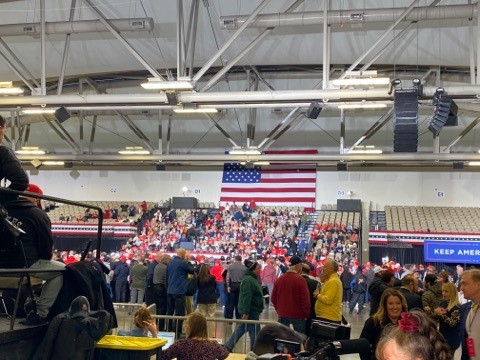 Yes, @realDonaldTrump is in the house and the response to his opening remarks was deafening! #WildwoodTrumpRally pic.twitter.com/bRaaKU7F02

Ran into @DavidRichterNJ today immediately outside of the rally queue. He’s feeling bullish in his new district (NJ3). He also landed a speaking gig on the stage tonight along with @Testa4Senate and @DSteinhardtEsq. Quite a turnaround in a few short days. #WildwoodTrumpRally pic.twitter.com/86hJdErZo1