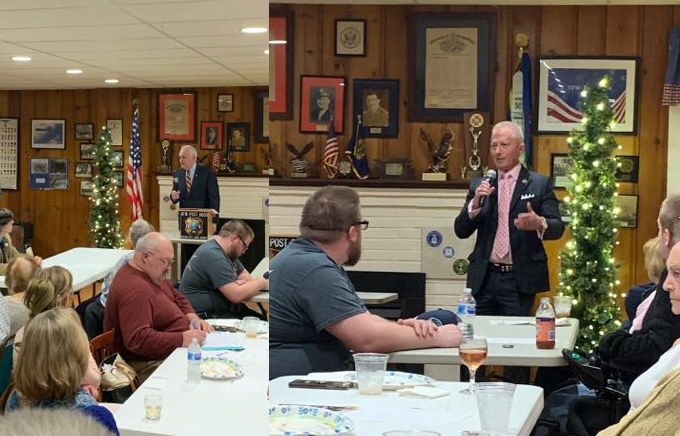 OCEAN CITY, N.J. – Van Drew got the better of the exchange if attendees’ reactions was any indication, but the incumbent Republican and his sole remaining primary challenger Bob Patterson didn’t hold back on Tuesday night at a meeting of the Ocean City Republican Club. The pair mixed it up in separate remarks to the assembled Republican spectators.

Patterson hit Van Drew on the Second Amendment and his voting record in relation to Nancy Pelosi. Van Drew, in turn, accused Patterson of peddling “fake news” and touted his endorsement from President Trump.

The Congressman also cracked a joke about the “older” and “frail” Nancy Pelosi: