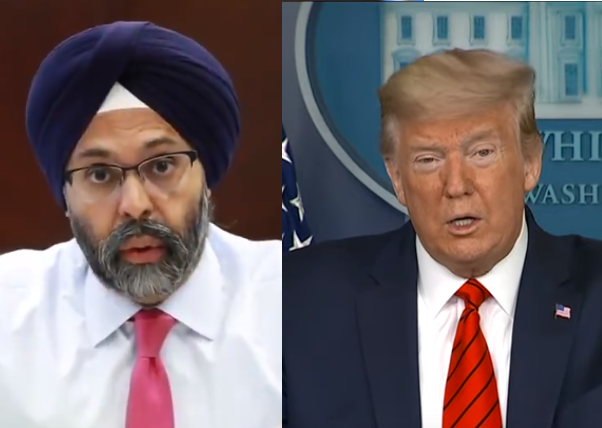 TRENTON, N.J. – On Sunday, the FDA authorize the emergency use of the malaria drugs hydroxychloroquine and chloroquine which some believe could aid in the battle against COVID-19.

New Jersey Attorney General Gurbir Grewal reacted on Monday by cajoling the Division of Consumer Affairs to severely restrict access to the drugs.

“We are in the midst of a public health emergency, and we are all in it together,” said Grewal. “Stockpiling and hoarding drugs, and inappropriate prescribing for friends and family, is unacceptable. The action we are taking today protects the drug supply so that medications are available when necessary for those who need them most.”

The new restrictions contained in the administrative order include requirements that (1) the recipient must have a positive test result, (2) the diagnosis must be documented on the actual prescription, and (3) physicians cannot prescribe more than a single 14-day regimen (no refills will be allowed).

Some New Jersey politicians have been pushing to expand access to the drugs despite the mainstream media’s collective decision to mock President Trump for touting the drugs as a possible major help in the battle against COVID-19.

Among the drugs’ advocates is state Senator Joe Pennacchio (R-26).

“The State is behind the curve on this and we’re going to have to catch up,” said Pennacchio, citing reports of Hydroxychloroquine achieving results in the field. “I have been talking about this for weeks and wrote to the Health Commissioner on March 17, but while the virus was getting a getting a foothold, New Jersey hid behind the FDA’s skirt, waiting for them to take action. Drawing from our many in-state pharmaceutical companies, we should have secured a stock pile of pills, like other states and a handful of countries have done, and formulated a plan to prioritize distribution of HCQ.”

Meanwhile, a major trial of Hydroxychloroquine is being planned with results expected by the summer months.