ROONEY: Biden, Sanders are both weak choices to take on Trump 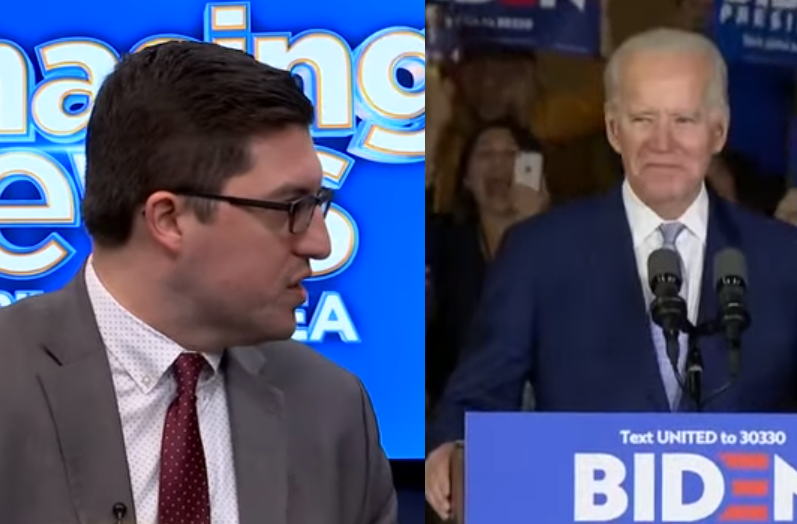 TRENTON, N.J. – Save Jersey‘s Matt Rooney returned to the Chasing News A+ panel this week to opine on the rapidly-changing Democrat Primary and whether the two remaining candidates have much of a chance in November.

“Going into this I think Joe Biden is a little bit of a stronger candidate. Why? Because before you hear him speak, people remember that he was a vice president, he’s a little folksy, he can maybe appeal to – for example – the Pennsylvania suburbs that a Democrat needs to win in order to defeat Donald Trump,” Rooney told host Bill Spadea. “But then he opens his mouth, and he calls his wife his sister, he doesn’t remember the Declaration of Independent preamble… he sounds like a moron. So no, I don’t he’s going to do much better at the end of the day versus Donald Trump as opposed to Bernie Sanders.”