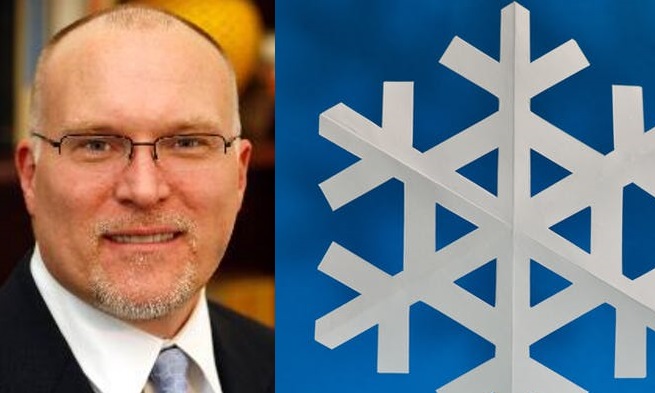 The Murphy Administration is cracking under the weight of its own incompetence AND slowly-building criticism of the Governor’s deeply flawed pandemic response, Save Jerseyans.

How do I know? Exhibit A…

…one of Murphy “senior advisers” just spent his afternoon attacking Save Jersey and yours truly on Twitter for the high crime of critiquing Governor Murphy.

A little quick background: Darryl Isherwood‘s story is not an unusual one. He’s a mediocre ‘journalist’ best known to N.J. political junkies for briefly (and very poorly) running PolitickerNJ following the departure of the legendary David Wildstein. He ultimately landed in the Murphy Administration’s comms department (reporters often find refuge/steady government paychecks working for Democrat governors), and Isherwood assumed the role of “senior economic development adviser” despite having no apparent significant business experience.

In any event, you’d think a guy with those titles would be pretty damn busy at the moment.

The fact that we have:

says EVERYTHING re: why New Jersey was in horrible fiscal shape even before the COVID-19 economic meltdown.

You're a one man commercial for Florida! https://t.co/cNgKpzu6Fe

Isherwood’s unsolicited meltdown deteriorated from there when Save Jersey readers/other Twitter users started calling him out for his less-than-becoming behavior for a senior gubernatorial adviser (!) in the middle of a major national crisis:

Hey Darryl, why don't you cut the shit and advise Murphy to suspend the minimum wage hikes. Small business owners like myself are already struggling because of this shutdown. We don't need anymore undue burdens.

Did I strike a nerve Matty boy? I’d say if we took a survey on our journalism chops you’d lose that one. The fact is you are a chump who is desperate to be noticed. You’re laughed at in serious circles but yet you believe you’re relevant. Sit down child.

Holy crap… You're an advisor the Governor of New Jersey and you respond to Matt like that?

What kind of scumbag are you? Then again, look who you work for.

Btw, I notice you didn't respond to my question. Instead you chose to troll. I expect nothing less from you.

I was just thinking the same thing. This guys is an economic adviser? God help us! It figures he works for Murphy, no commonsensical!

If you’re so irrelevant that you’re discussed in the “inner circle”, you must be doing something right. Keep it up.

There are more replies like that one. Isherwood thought he was helping his boss; all he ended up doing was revealing the contempt this administration has for anyone who stands up to it.

Save Jersey clearly isn’t irrelevant to this guy! No matter what he says. We’re apparently living (and getting free cable) inside his head. Yikes.

Also please keep this in mind…

Governor Murphy’s “senior” economic development adviser is tweet-trolling me (not very effectively, as you can see) during business hours AND during a dual pandemic/ECONOMIC CRISIS the likes of which this country hasn’t seen in a century.

More to the point: is this an effective use of tax dollars? As New Jersey overtakes California as a leading COVID-19 hot spot? And our state’s testing capacity continues to lag that of New York?

There are no adults in charge in Trenton. It makes for great Save Jersey material, true, but offers little comfort for state residents.