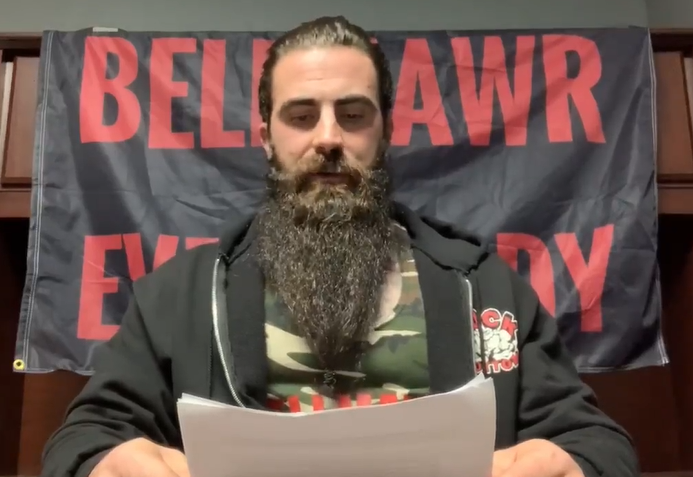 BELLMAWR, N.J. – The owners of a Bellmawr gym have been issued disorderly persons summonses after opening their facility on Monday morning in violation of the Governor’s emergency order.

No gym-goers or protesters were issued tickets. Not today.

However, at his daily COVID-19 briefing later in the day, Governor Phil Murphy issued a not-so-ambiguous warning.

“If you show up at that gym tomorrow there’s going to be a different reality that what was shown today. These aren’t just words,” said Murphy. “We’ve gotta enforce this but I also don’t want to start World War III and I’m not worried about that right now.”