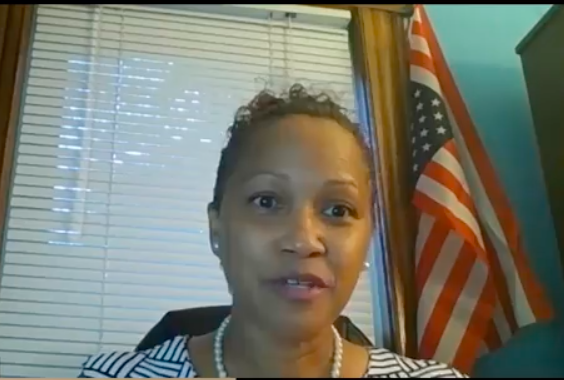 A quick primer in proper flag etiquette might be in order. The U.S. Flag Code is fairly explicit: “The flag should never be displayed with the union down, except as a signal of dire distress in instances of extreme danger to life or property.“

So if your ship has been overtaken by pirates?

Go ahead and fly your American flag upside down.

Fernandez’s motivation was less clear at last Thursday’s NAACP virtual candidate forum. The candidate – who participated by Zoom – had a visibly upside down U.S. flag behind her to the left…

Apparently not. The candidate posted a video on Facebook on Monday evening with her flag still very much upside down:

Fernandez is poised to challenge Republican incumbent John Risley on the November ballot. Atlantic County’s freeholder board is 6-3 Republican.