Rooney: It “would take real leadership” for Murphy to admit he’s wrong on the lockdown 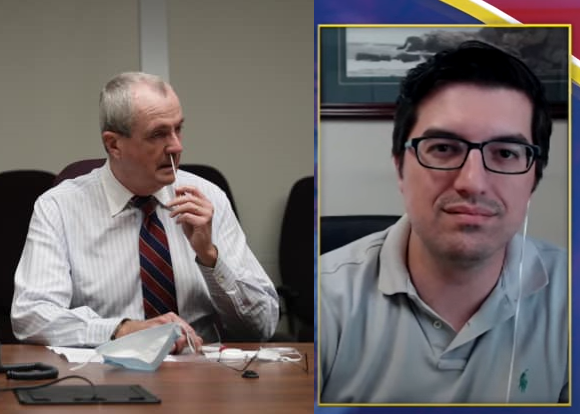 TRENTON, N.J. – Governor Phil Murphy declared the New Jersey ‘stay at home’ order history this week, but what does that practically mean for New Jerseyans?

Save Jersey Founder Matt Rooney returned to the Chasing News Opinion Zone on Wednesdsay night to set the record straight.

“It was a complete rear-end covering move,” said Rooney, who is also New Jersey attorney. “He wanted to protect the ‘integrity’ of his continued lockdown. He couldn’t continue to tell anyone that wants to engage in First Amendment activity – have an outdoor church service, for instance, or have a protest – that they were gonna get a criminal charge when he, the governor, was marching and not being charged himself.”

“But, in reality, I can’t go sit inside a restaurant and have a drink or a meal with my family. It changes very little about New Jerseyans lives right now,” Rooney continued.

Rooney also told Bill Spadea that Murphy’s inability to own up to his mistakes is a big obstacle to progress.

“I’m not even sure he knows,” said Rooney when asked by Spadea to explain Murphy’s latest arbitrary lockdown positions. “We all know that the hardest thing for any leader to do is admit when they’re wrong. It’s easy to take a position and argue for it. This is what these guys and gals do so well. It’s how they got elected. But to be able to take a step back, admit that he was wrong, examine the latest science and change course… that’s what would take real leadership.”