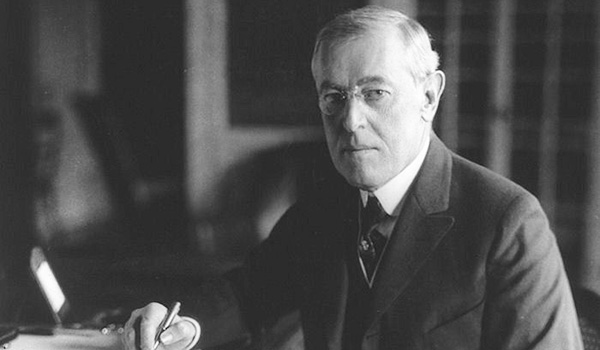 CAMDEN, N.J. – He was New Jersey’s 34th governor and its only president of the United States. He was also a notorious racist. Woodrow Wilson is also now the latest target of the nation’s ongoing political correctness correction instigated by the death of George Floyd.

This week, Monmouth University announced it planned to rename its ‘Wilson Hall.’ Down in South Jersey, Camden is renaming its Woodrow Wilson High School.

“The Board voted unanimously to remove Woodrow Wilson’s name from our marquee building and then voted to rename the building – the Great Hall at Shadow Lawn,” the university’s president and chair of the board of trustees announced on Friday in a joint statement. “Wilson was a controversial politician, who never actually set foot in the current building. Removing his name, and incorporating these earlier names, connects the centerpiece of our campus more accurately to our historical roots and eliminates a symbolic barrier to the important work of creating a truly welcoming and inclusive space in the Great Hall.”

Wilson had used the original building (destroyed in a 1920s fire) as his summer White House.

The Camden school board hasn’t yet settled on a new name for the soon-to-be former Woodrow Wilson High School which has been named after the ex-president for nearly a century.

One piece of Wilsonian history remains in Governor Phil Murphy’s office: his desk from which Murphy participated in a moment of silence for George Floyd.