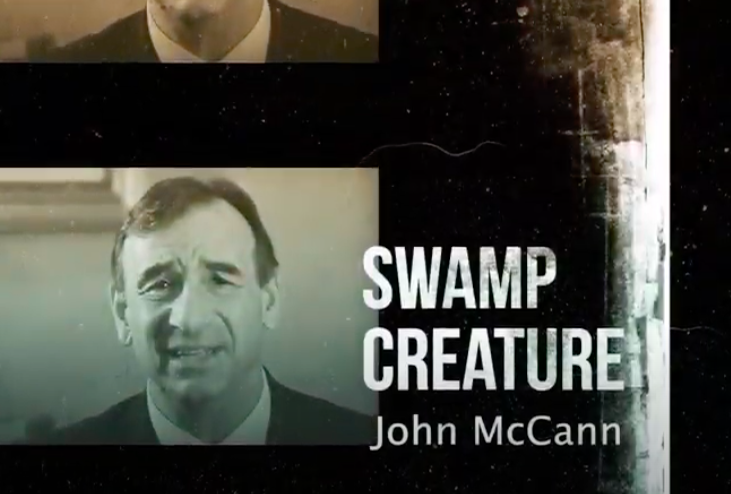 HACKENSACK, N.J. – Not dissimilar to what’s happening down in South Jersey’s 3rd District, this year’s NJ-05 GOP primary isn’t being decided on the issues so much as a hyper-personal brawl between the primary combatants representing different factions inside of a fractured party.

The weak favorite for the nomination is financial industry veteran Frank Pallotta. Backed by the Passaic and Sussex Republican organizations as well as the majority of the district’s active Young Republican community, the campaign managed by seasoned GOP operative Kelly Ann Hart is working hard to romp in the district’s deep-red western reaches while also eating into the Bergen County vote.

Without its customary spring convention, the Bergen GOP led by Chairman Jack Zisa awarded its line to 2018 nominee John McCann – a former Cresskill councilman and practicing attorney – who lost to Democrat incumbent Josh Gottheimer by nearly 14 points. Zisa’s decision deepened divisions in an already infamously-fractious county party. Bergen is easily the largest prize on primary day; Pallotta probably doesn’t need to win it or even come super close, but he does need to siphon a large percentage of the vote (pulling between 1/3 and 40% of the vote, depending upon who you ask) to supplement a clean sweep outside of the state’s most heavily-populated county.

McCann’s organization isn’t robust this time around at least relative to his 2018 primary battle with Steve Lonegan. Some influential local Republicans including State Senator Gerald Cardinale (R-Demarest), State Sen. Kristin Corrado (R-Totowa), and Assemblywoman Holly Schepisi (R-River Vale) have defied the organization line and backed Pallotta. McCann does, however, have some Bergen ground-level support and residual name recognition from the last district-wide campaign two years ago. Everyone acknowleges that could be more than enough to score an upset victory when the dust finally settles.

Adding to a confused picture is the variable vexxing all candidates this summer: an all-vote by mail primary wherein the vast majority of voters are cating their ballots remotely. Does this development make lines stronger? Or weaker? No one knows for sure. This is uncharted territory.

So the campaigns aren’t holding anything back.

Before the July 4th holiday, the Pallotta campaign went up with a cable/local television spot accusing McCann of being a ‘swamp creature.’

“A true swamp creature stays hidden until it attacks, like liberal, tax-raising, career politician John McCann,” the narrator warns. “McCann’s political cronies are forcing him on us, even though McCann increased our property taxes four times and voted himself a fat pay raise, all while failing to pay $130,000 in taxes.  Don’t get bitten again by swamp creature John McCann.”

The less well-heeled McCann campaign has countered with a series of e-mail blasts accusing Pallotta of everything from being insufficiently supportive of President Trump to playing a role in the late 2000s mortgage crisis.

Winning may prove a double-edged reward. Whoever emerges from the slug-fest faces a Democrat incumbent who boasted nearly $8.5 million cash on hand as of mid-June, a reality which hangs over GOP hopes of retaking Scott Garrett’s former district like a pitch-black storm cloud.