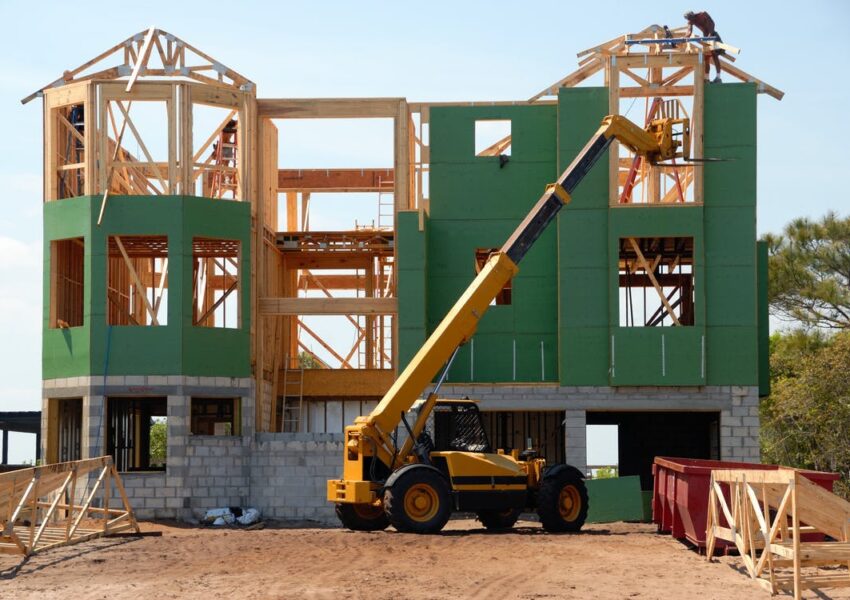 As I have traveled the District these past 18 months, I’ve heard from a number of residents eager to speak openly about a wide variety of issues. They have also been willing to offer both real insight and practical solutions.
Regardless of county or town, there is one matter that consistently comes up. The High-density housing mandates that are being forced upon our State by predatory developers and the extremist wing of the Democrat party are ruining small and large towns across New Jersey – all under the guise of “Affordable Housing”.

I want to be clear from the onset: While fewer and fewer places remain affordable in New Jersey due to excessive taxes and fees passed along by liberal politicians, I am not against affordable housing in theory; nor am I against the notion of creating opportunities for anyone to live wherever they chose. Denying anyone the opportunity to rent or buy a home because of their race is abhorrent, illegal and should be dealt with.

It’s execution, however, has been horrendous and has decimated local schools, raised local taxes, and required additional taxes for infrastructure, police, and firefighters. Developers receive sweetheart backroom deals, and many avoid paying market rate taxes for up to 30 years – which of course means the tax burden will be passed onto us.

While this social engineering experiment makes developers tens of millions of dollars on a single project, it does extraordinarily little to truly provide actual affordable housing units for the residents of NJ, or for those who can truly use the help, like our Veterans.

Like many issues important to NJ-5 residents, Josh Gottheimer has once again been silent, as town after town has been forced to build hundreds, if not thousands of units in our towns – while being sued in the process.
Why has Josh Gottheimer been absent on one of the most critical issue facing the District? Large swaths of Bergen County residents – where Josh happens to live – have been pleading for guidance and relief for years, but to no avail. But why should he care? He moved back to the district in 2015 after 25 yeas in DC, and still spends little, if any, time here in the District.

Josh and his liberal elites wholly agree with this social engineering strategy. Not only is he silent on the issue, but he wants to expand high-density housing further by using mandates from the Federal Government! We CANNOT LET this happen.

Josh Gottheimer and Joe Biden’s plan to destroy the suburbs will force suburban towns nationwide to build thousands of high-density apartments or LOSE Federal Highway and Transportation funds. Josh plans to hold our much-needed federal infrastructure dollars hostage, while he and his developer friends force their way into our counties and townships in an accelerated effort to turn suburban counties from Republican to Democrat.

While nearly 2 of 3 Americans oppose these ridiculous unfunded mandates coming from Washington D.C., Gottheimer and Biden plan to hold a proverbial gun to the heads of these small towns, forcing them to erect high-density developments. Over 300 towns have already been forced into settlements in NJ for this round, all without a peep from Josh Gottheimer or the Democrat leadership. Be prepared. The next round of “settlements” is scheduled for 2025.

I will lead on this issue to prevent the Federal Government from piling on to what is already happening in our district. Trump will make Biden’s war on the suburbs a key issue in the election – and so will I. The President has already warned that Biden would “totally destroy the beautiful suburbs” by “placing far-left Washington bureaucrats in charge of local zoning.”
It is too important for our schools, taxes, property values and over-crowded streets to have Josh Gottheimer continue to be absent on this extremely critical issue.

A special thanks to Nate Brown from Park Ridge for his valuable assistance on this Frankly Speaking Note. Residents and voters like Nate, will always work to the best interests of our communities and townships.

FRANK PALLOTTA is a Father, Husband, Former Senior Banking Executive and a Small Business Owner, running for Congress in New Jersey’s 5th District against Incumbent Congressman Josh Gottheimer. Learn more about Frank and get the latest updates at PallottaforCongress.com.