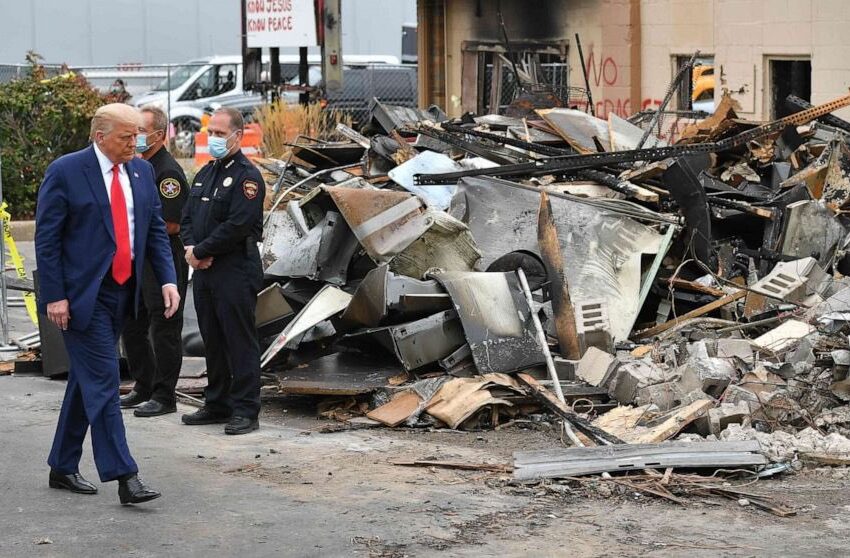 There’s “good news” making the rounds on Twitter over the past 24 hours, Save Jerseyans, circulated by our friends on the Left: 93% (they say) of BLM protests have been peaceful! It’s all they were tweeting about Friday as if it validated everything they’ve been doing (and burning) for months.

I’m not going to get into whether or not this stat is legitimate, or how it’s poor consolation for victims of the 7% in Kenosha, Minneapolis, New York City, Portland, Atlantic City, and a number of other U.S. cities where stores (and neighborhoods) may take decades to recover, if at all. We all know Camden and Newark are still struggling after the events of the 1960s and 70s.

I do think it’s worth pointing out how this argument COMPLETELY undermines the entire premise of the ‘Black Lives Matter’ movement.

Do they even realize it?

Math isn’t partisan. We know (not think or feel) that police violence against black men is extremely rare in our modern day and age. In 2016, for example, exactly 16 unarmed American black males were killed by police officers. There are about 20 million black men in the United States and over 680,000 full-time cops. You don’t even need to do the math to appreciate that FAR fewer than 7% of encounters between black men and police officers end in tragedy.

Use of force generally AND significant injuries incurred during police encounters are also statistically extremely rare.

Does that mean we can’t train better? No.

Does that mean we don’t have socio-economic challenges in our poorer neighborhoods which need to be addressed? No.

But it does raise an inconvenient question: if a FAR higher percentage of BLM protests are violent relative to the percentage of police who are violent… then why are we treating this problem as a epidemic?

And if the police truly need to be reformed/defunded/whatever, then can’t we DEFINITELY say the same about BLM?

Feel free to bring this up at your Labor Day bbq! Your crazy Aunt Karen will have a lot of trouble with this one.