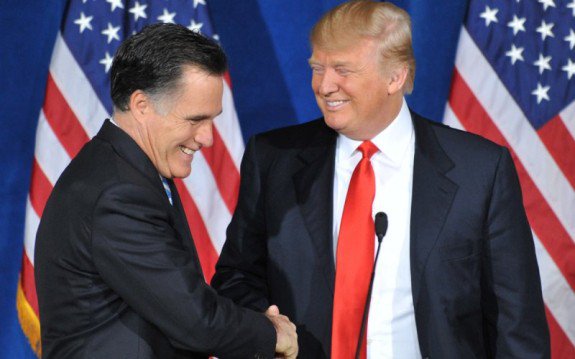 Here are a few thing some people would do well to remember:

If you criticize President Trump he WILL respond — usually in kind.

He’s a feisty Noo Yawkah who takes no gruff. He’s not artificial, not cosmetic and not created by pollsters and consultants. What you see is what you get, and that includes his reactions and responses. He’s authentic.

For far, FAR too long Republicans followed a “turn the other cheek” policy and it did not served them well. They’ve been bashed and maligned by icons of the popular culture (movie stars, authors, musicians, artists, entertainers, etc.) as well as the media and academia.

And Republicans responded meekly or not at all.

This happened either because they themselves were too averse to real combat and/or they were following the advice of highly-paid, blow-dried consultants.

This approach allowed a media/pop culture/academia cabal to set the agenda. They’ve mostly had a free ride — all liberal chatter (and much liberal deceit) all the time.

McCain and Romney and H. W. Bush let the liberals roll them — and they all lost. 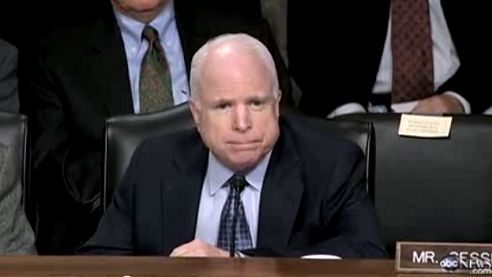 Remember how H. W. Bush buckled under pressure and agreed to Democrat tax cuts? How about the time McCain actually defended Obama while he was running against him? And who can forget how Romney allowed Candy Crowley and Obama to snooker him during that debate.

Those days are now over.

Still, the never-Trumpers haven’t gotten the message. They want us to go back — back to the country club. We can’t let that happen!

Do I agree with President Trump every time he responds or in the way he responds? No, of course not. He’s no angel. But I’m glad that the days of being routinely cowered by devious liberal loudmouths are finally over. And I will not fall in with the meek ones who simply grit their teeth, clutch their pearls and have another martini whenever lefties comes after them. These empty suit Republicans don’t give people a real choice. They represent the same, but less. And they are far too comfortable winding up in the losers corner.

Always remember: when Republicans run we don’t just run against Democrats but we run against the Dems, establishment media (90% liberal), academia (90% liberal), big labor (90% liberal) and the arts and entertainment community (90% liberal). And that’s just scratching the surface. To this you can now add sports cognoscenti, self-righteous corporate elites, socialists, rioters and anarchists.

It you’re not aggressive (and incredibly media savvy) this mob will simply blow you away. You’ve got to remain on offense all the time.

So, we learned — or at least most of us did.

And we’re not playing croquet anymore.