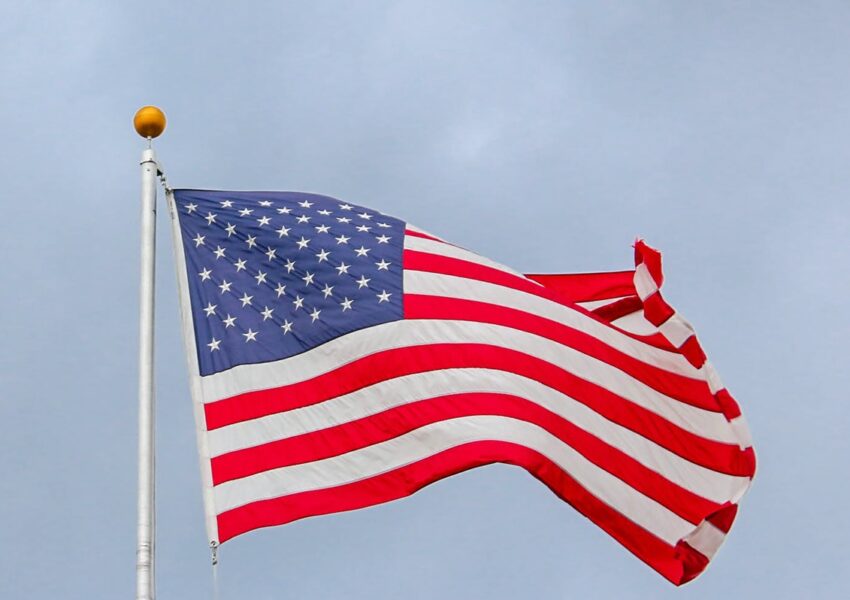 I have served in leadership positions for the past 37 years.  In each of them, I have followed a single mantra: “Don’t let them see you sweat.”  Simply put, I believed then and I believe now that if the person at the top reacts to an unforeseen crisis in a controlled and confident manner, those around him will relax, resist panic, and be reassured. “Dale’s got this,” they might be thinking, at the same time that I was self-doubting and shaking internally.

Maintaining a calm exterior in the middle of a crisis isn’t lying or false bravado. On the contrary, it is Leadership 101 and quintessentially American.  As Rudyard Kipling, a British journalist and poet, famously wrote…

If you can keep your head when all about you
Are losing theirs and blaming it on you;
If you can trust yourself when all men doubt you,
But make allowance for their doubting too:
If you can wait and not be tired by waiting,
Or, being lied about, don’t deal in lies,
Or being hated don’t give way to hating,
And yet don’t look too good, nor talk too wise;

If you can dream – and not make dreams your master;
If you can think – and not make thoughts your aim,
If you can meet with Triumph and Disaster
And treat those two impostors just the same:.
If you can bear to hear the truth you’ve spoken
Twisted by knaves to make a trap for fools,
Or watch the things you gave your life to, broken,
And stoop and build’em up with worn-out tools;

If you can make one heap of all your winnings
And risk it on one turn of pitch-and-toss,
And lose, and start again at your beginnings,
And never breathe a word about your loss:
If you can force your heart and nerve and sinew
To serve your turn long after they are gone,
And so hold on when there is nothing in you
Except the Will which says to them: “Hold on!”

If you can talk with crowds and keep your virtue,
Or walk with Kings – nor lose the common touch,
If neither foes nor loving friends can hurt you,
If all men count with you, but none too much:
If you can fill the unforgiving minute
With sixty seconds’ worth of distance run,
Yours is the Earth and everything that’s in it,
And – which is more – you’ll be a Man, my son!

And so, without further ado, just imagine if…

On March 4, 1933, in his first inaugural address, President Franklin D. Roosevelt had told the American people that our economy was in such a deep depression that there was no hope for a recovery and that it was “every man for himself.”

Instead, he dismissed the fearmongers and naysayers with these words,

“So, first of all, let me assert my firm belief that the only thing we have to fear is…fear itself — nameless, unreasoning, unjustified terror which paralyzes needed efforts to convert retreat into advance. In every dark hour of our national life a leadership of frankness and of vigor has met with that understanding and support of the people themselves which is essential to victory. And I am convinced that you will again give that support to leadership in these critical days.” 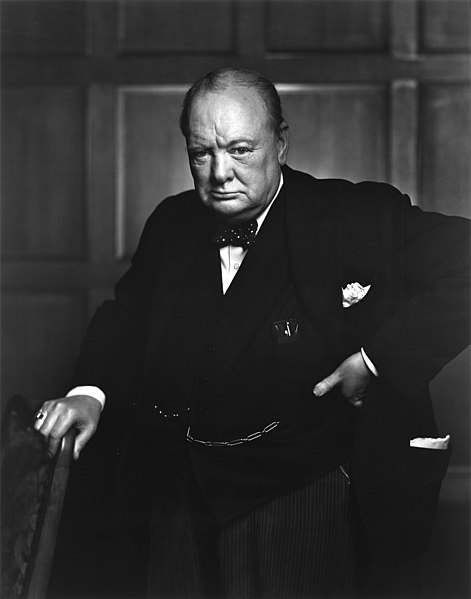 On May 13, 1940, Winston Churchill, in his first speech to the House of Commons as the new Prime Minister, had admitted that Germany was winning the war and, if he so chose, Adolf Hitler could successfully invade and occupy Great Britain.

Instead, Churchill – while refusing to sugarcoat the uphill battle ahead and the sacrifices to be required – ensured his fellow Brits that ultimate victory was assured.  Here are his immortal words:

“We have before us an ordeal of the most grievous kind. We have before us many, many long months of struggle and of suffering. You ask, what is our policy? I can say: It is to wage war, by sea, land and air, with all our might and with all the strength that God can give us; to wage war against a monstrous tyranny, never surpassed in the dark, lamentable catalogue of human crime. That is our policy. You ask, what is our aim? I can answer in one word: It is victory, victory at all costs, victory in spite of all terror, victory, however long and hard the road may be; for without victory, there is no survival. Let that be realised; no survival for the British Empire, no survival for all that the British Empire has stood for, no survival for the urge and impulse of the ages, that mankind will move forward towards its goal. But I take up my task with buoyancy and hope. I feel sure that our cause will not be suffered to fail among men. At this time I feel entitled to claim the aid of all, and I say, “come then, let us go forward together with our united strength.”

On December 8, 1941, President Roosevelt, in his address to a Joint Session of Congress, had told the world that the Japanese attack on Pearl Harbor, the Philippines and elsewhere had so decimated our Navy as well as our Pacific armed forces that the U.S. was virtually defenseless against an invasion from the west.

“No matter how long it may take us to overcome this premeditated invasion, the American people in their righteous might will win through to absolute victory… With confidence in our armed forces – with the unbounding determination of our people – we will gain the inevitable triumph – so help me God.”

On January 27, 1967, following the fire aboard Apollo 1 that claimed the lives of three astronauts, President Lyndon Johnson had scrapped the entire space program because of the inherent danger.

Instead, LBJ doubled down on space exploration and reiterated President Kennedy’s goal of landing a man on the moon by the decade’s end. In a letter to the parents of astronaut Roger Chaffee, Johnson wrote the following:

“The nation’s sadness and the world’s compassion are a measure of the loss you have suffered. Yet they are no less a mark of the greatness of the cause to which your son was committed, and the size of his achievements in advancing it. To expand our knowledge of the heavens is to seek a richer life on earth for our children, and generations of children to come. To succeed in that great enterprise we must have men of superior talents, supreme courage and surpassing dedication. Such men are rare, but Roger was among them.  He will always be among us, warm in our hearts. He has done more than stretch our hand into space. He has moved us closer to the fulfillment of an ancient dream, and in doing that he has moved all men closer together.” 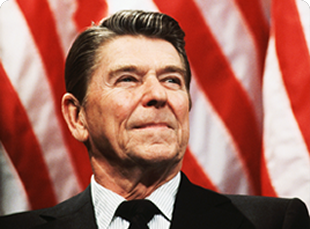 On January 28, 1986, President Ronald Reagan, in the aftermath of the Challenger disaster, had discontinued the space shuttle program and dismantled NASA entirely, citing space travel as “simply too dangerous.”

Instead, in a nationally televised address ranked by historians as one of the most significant of the 20th century, President Reagan said,

“I want to say something to the schoolchildren of America who were watching the live coverage of the shuttle’s takeoff. I know it is hard to understand, but sometimes painful things like this happen. It’s all part of the process of exploration and discovery. It’s all part of taking a chance and expanding man’s horizons. The future doesn’t belong to the fainthearted; it belongs to the brave. The Challenger crew was pulling us into the future, and we’ll continue to follow them.”

Three days later, President Reagan spoke at a memorial service at the Johnson Space Center, saying, “Sometimes, when we reach for the stars, we fall short. But we must pick ourselves up again and press on despite the pain.”

Folks, I could cite countless other examples of American and world leaders standing tall and exuding optimism in the face of catastrophe and seemingly impossible odds, but allow these few to suffice for now.  Two Democratic presidents, one Republican president, and one British prime minister all consciously deciding – instead of shrouding the truth in fear and pessimism – to frame it in hope and idealism.

President Trump fits this mold to a tee and his refusal to cower in the face of the coronavirus has bipartisan presidential precedents.  Take note, my fellow Americans… and take that, you cowards and fearmongers in the media and the Democrat Party.