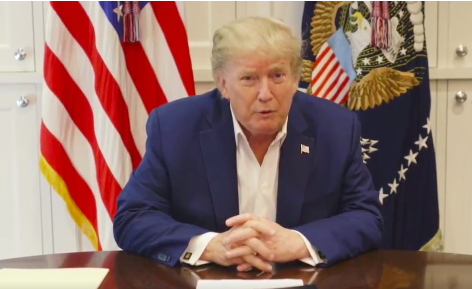 Trump assured the nation that he is “feeling much better now” but remains on the mend.

“I’ll be back – I think I’ll be back soon. And I look forward to finishing the campaign,” Trump told viewers.