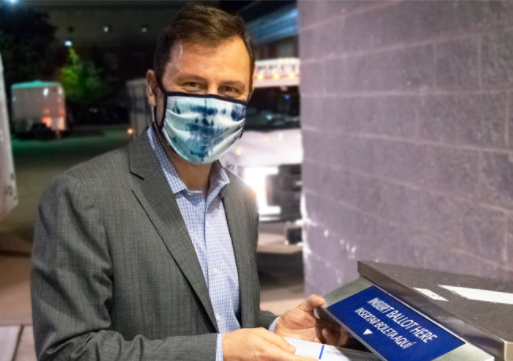 “The votes have been counted in NJ-7 and Tom Malinowski has won this election,” Kean stated in a Thursday night email blast. “Congressman Malinowski has my congratulations and my commitment for a bipartisan partnership in my capacity in the New Jersey Senate as we both continue to represent New Jersey in difficult times.”

“The one percent margin between Rep. Malinowski and myself demonstrates the desire for strong leadership, but also for the need to find bipartisan solutions to the challenges facing our country right now. Our nation and the people of this Congressional district need to look forward,” Kean continued. “I am proud of the campaign we ran and incredibly thankful for all of our supporters. I am overwhelmed by the amount of time, energy and resources that were invested into my campaign. Rhonda and I will be forever grateful for your generosity, support and friendship.”

Kean – son of a former governor and incumbent GOP leader in the State Senate – closed his margin to under 5,000 votes behind Congressman Tom Malinowski (D, NJ-07) after trailing by over 28,000 on Election Night. Republicans briefly held on to hope that absentee ballots and provisional votes out of traditionally GOP counties might make the difference.