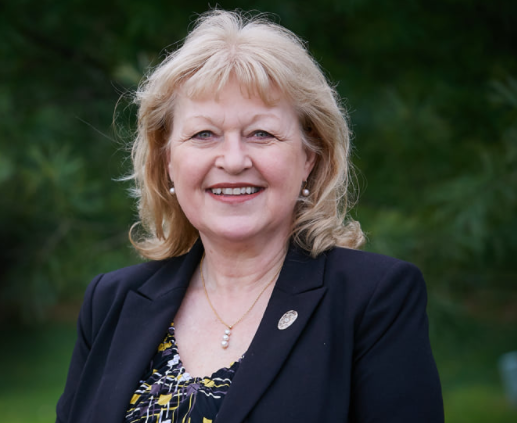 “It wasn’t in the game plan,” Stanfield, the former Burlington County sheriff, joked on Wednesday night in an exclusive conversation with Save Jersey. It was initially believed her district mate Ryan Peters would challenge Addiego this fall, but Peters announced earlier this week that he wouldn’t even seek reelection to the legislature in order to spend more time on his family. Speculation immediately ramped up that Stanfield might once again step up to the plate.

“In my head I was thinking he would be the one to take on Dawn, but I totally understand his family obligation and I’m going to miss him,” said Stanfield.

Stanfield and Peters forged an especially close bond over the last two years. Stanfield – a great-grandmother – was ready for retirement after years of county service when Addiego abruptly switched parties in early 2019. Coming to the assistance of her party, she joined Peters as his running mate and defeated then-incumbent GOP Assemblyman Joe Howarth, an Addiego ally who Republicans accused of trying to switch parties along with her. The pair prevailed in November despite a withering Democrat assault in the South Jersey suburban district.

Two years later, Stanfield says Addiego’s credibility with LD8 voters is officially shot. “People knock on doors for you and give you hours of their time, and to betray them like that? I just can’t stomach it,” she said. “They deserve much better leadership.”

This year, Stanfield is ready to talk directly to the voters about taxes, affordability, and the Trenton’s failed pandemic response with a particular emphasis on the state’s sizable veteran community.

“Taxes are going up and Dawn’s not doing anything to fight back. She voted for the budget and new borrowing which will lead to tax increases,” noted Stanfield, referring to the latest state budget’s $4.5 billion in reckless new borrowing.

The scores of deaths in New Jersey’s state-run veterans homes – currently the subject of a grand jury probe at one facility – are also of great concern to the possible future state senator.

“One-third of our veterans were killed; there has been total mismangement and random executive orders putting people out of work and into the breadlines,” she added, concluding “[t]he whole thing about ‘science guiding decisions’ in garbage. “These are our heroes who gave everything but they’re the first ones to be forgotten.”

A senior herself, Stanfield says it’s her personal mission to “protect senior citizens and make it possible for them to stay here,” acknowledging that since she’s a great-grandmother, she’d be “absolutely devastated” were she to be separated from her family due to the Garden State’s cost of living crisis.

Stanfield is expected to secure the party’s nomination with little trouble.

“Jean Stanfield is an outstanding public servant and a proven vote-getter. I’m thrilled she has stepped up once again to represent the people of Burlington County,” Burlco GOP Chairman Sean Earlen told Save Jersey in a statement. “Jean is the perfect candidate to defeat flip-flopping politician Dawn Addiego, and I’m confident Jean will continue to lead the charge to bring accountability to Trenton and fight the burdensome regulations crushing our small businesses.”

Former Freeholder Latham Tiver and Hammonton Councilman Michael Torrissi, Jr. are believed to be the frontrunners to stand with Stanfield on the Assembly side of the ticket, but Stanfield said the process still needs to play out. That being said, Stanfield offered that she knows both men from her years in politics and public service and is “glad they’re interested because they’d be great candidates.”

Ultimately, the former sheriff taking nothing for granted but thinks the end result with be a resounding repudiation of Addiego.

“I’m going to take on and beat her in November.”