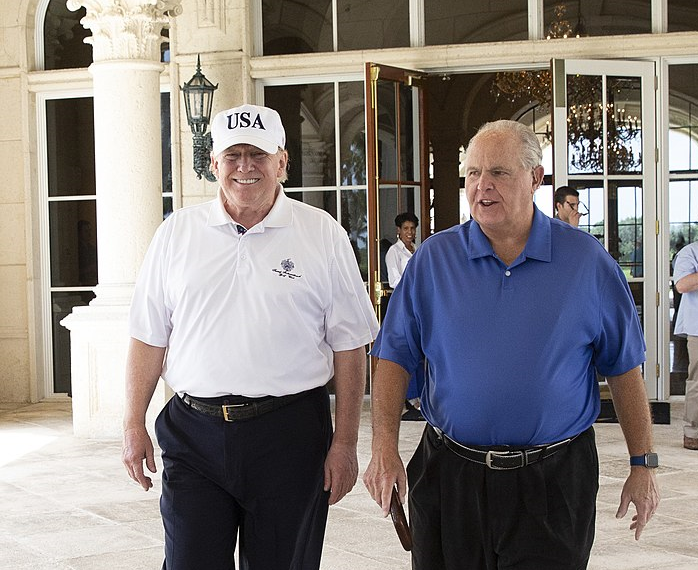 This one is hard, Save Jerseyans: Rush Limbaugh is dead after a long battled with late-stage lung cancer. He was 70.

Limbaugh’s wife announced the radio legend’s passing on Wednesday at the start of his daily program, calling her husband “larger than life” and a “gentle giant.”

–
My experience with the late radio legend and his program will be familiar to many you because your experience was the same. I started listening to “El Rushbo” as a kid with my dad (then a Reagan Democrat).

As a teen working a summer job, I’d catch him during breaks in my car on Philly’s “Big Talker,” TalkRadio1210 WPHT.

He revolutionized an industry, challenged Americans to think differently, and shaped an entire generation of conservatives my self included; in this respect, he was rivaled only by Reagan and Buckley. I can quite sincerely say that Save Jersey – and thousands of other conservative outlets large and small – would not exist today were it not for Rush’s revolutionary efforts in the 80s and 90s. Through good times, bad times, good administrations and bad administrations, Rush was the movement’s constant for three decades.

This feels like losing a family member to me, and I know most of this site’s audience is feeling the same way this afternoon. It hurts. Deeply. Rush is simply irreplaceable.

In attempting to express to scope of Rush’s influence on us all, our friend and frequent contributor Tom De Seno of Asbury Park put it best:

“It is was Ronald Reagan who made me understand what I was thinking was correct. It was Rush Limbaugh who taught me I should say it out loud.”

Rest in peace, El Rushbo. And thank you.