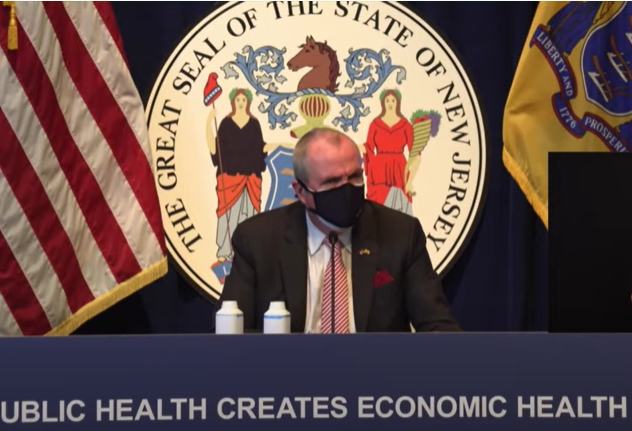 TRENTON, N.J. – Governor Phil Murphy told reporters on Wednesday that it would be a “waste” to invest more money in the state’s notorious unemployment system in the FY 2022 budget, insisting doing so would be tantamount to “throwing good money after bad.”

“I don’t want to waste money in the meantime,” said Murphy who aruged that the federal government would need to play a lead role.

“It defies belief that Governor Murphy would say it’s a ‘waste’ of money to fix our unemployment system for those who need quick access to the benefits they earned to survive,” said state Senator Anthony Bucco (R-25) on Wednesday. “It’s shocking that the governor is willing to sit back and wait while people are suffering when there’s no indication that federal action is on the horizon.”

Murphy’s FY 2022 budget proposal rolled out on Tuesday appropriates a mere $7.75 million for the computer system that has failed unemployed New Jerseyans since the beginning of the pandemic; the current system is four decades old and it’s estimated that there are around 78,000 claimants still waiting for their benefits checks.

The New Jersey Department of Labor might need as much as $200 million to bring the system up to speed.

The Administration’s budget proposal does include millions for other ‘priorities’ including nearly $20 million for “family planning services.”

“Governor Murphy has a multi-billion dollar surplus already banked and is likely to get another $6 billion in federal aid in the coming weeks,” continued Bucco. “He’s proposing to increase spending by nearly 10%, but investing in unemployment system upgrades is where he suddenly draws the line. It’s an insult to every New Jerseyan.”