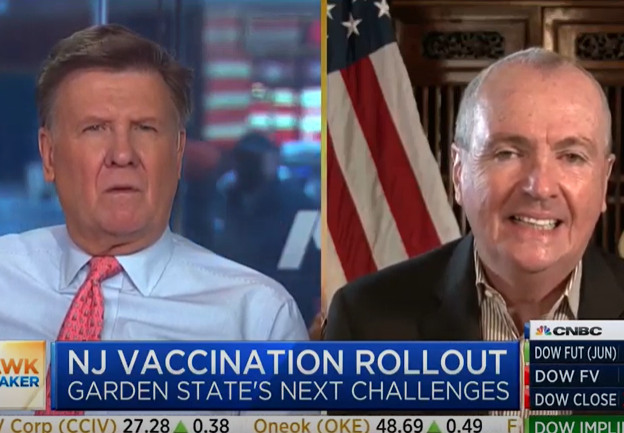 Phil Murphy was asked about it on CNBC’s Squawk Box on Friday morning, Save Jerseyans, and the governor wouldn’t rule it out. He even suggested the state may be looking at implementing the controversial idea…

“Don’t get rid of the card. That is likely to be something valuable. Laminate it. Put it in your wallet” Murphy explained, adding that New Jersey had its own “own independent process” but would also be looking Biden’s CDC for guidance.

Murphy added that proof of vaccination may soon be required when “going to a sporting event, getting on a plane, etc.” in the Garden State.

He previously said he’s “open-minded” to the idea earlier this month.

Predictably, the GOP pounded. They say its a privacy issue.

“Governor Phil Murphy’s suggestion that Garden Staters could be required to show proof of vaccine is a health privacy minefield,” said RGA spokesman Will Reinert. “Hard-working New Jersey residents have the right to keep their health care decisions between themselves and their doctor, and don’t need Phil Murphy in the waiting room telling patients to make sure they ‘laminate’ their vaccine card on the way out.”