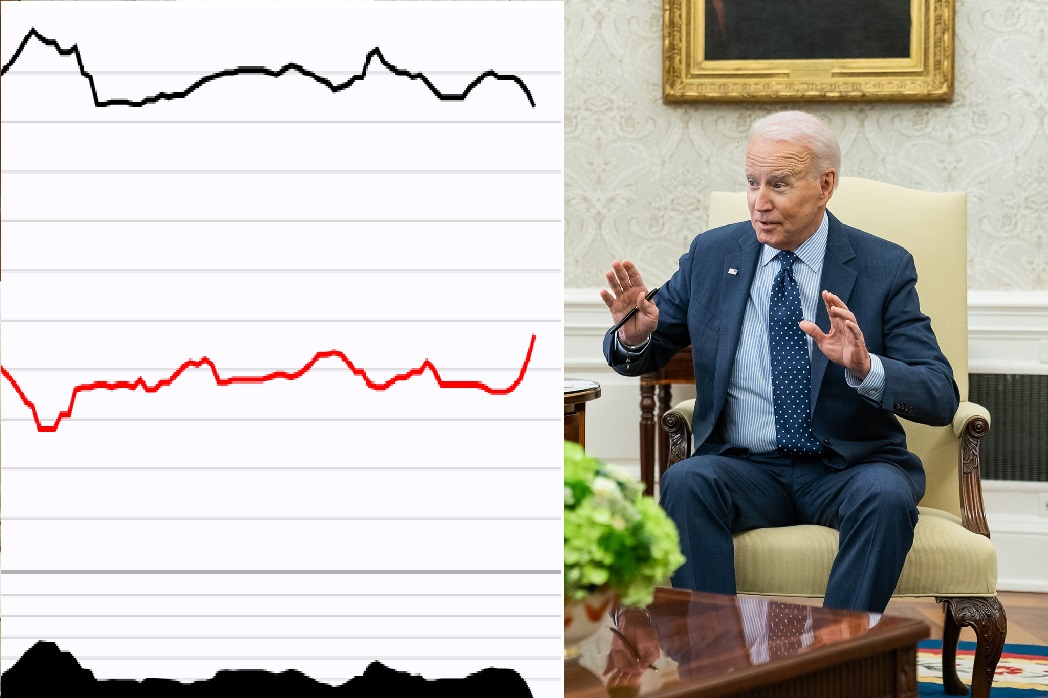 The bloom may officially be off the Biden rose, Save Jerseyans.

It isn’t getting much attention from the talking heads, but if you follow the RCP’s job approval average for our 46th president, you’ll notice that Uncle Joe is in steady decline, and I’m not just talking about his mental faculties.

Biden had a very respectable net +20.3 job approval rating at the beginning of February.

Today? It’s +9.2%. Still good, but his two most recent polls (Monmouth and Economist/YouGov) find the president polling below 50% with the American people.

CNN’s Jeff Zeleny: We haven’t seen Biden answer questions “without his aides screaming at him to stop” pic.twitter.com/spQobCFlW1

It remains to be seen if this is a trend or just a leveling-off from his early highs. Either way, it’s significant and a hopeful sign for the GOP heading into two extremely important election cycles.