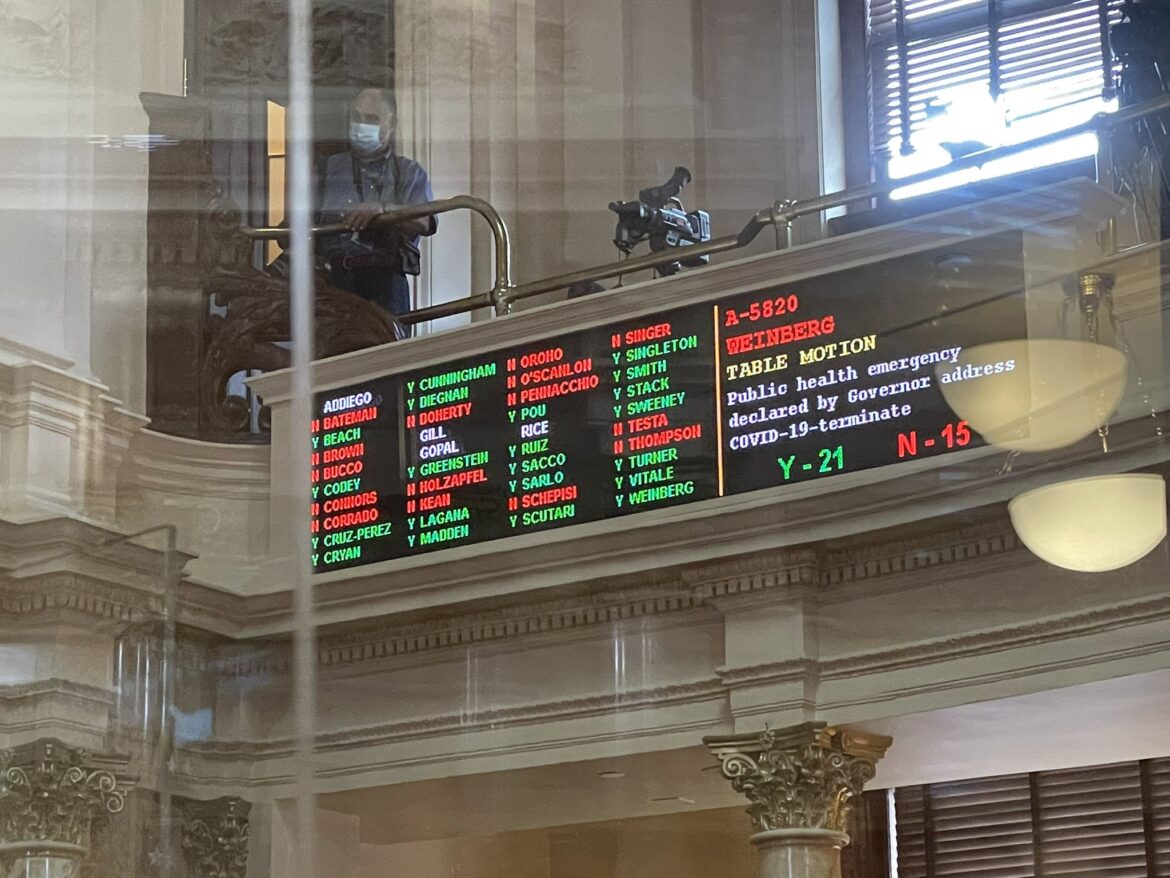 TRENTON, NJ – Democrats forged ahead with A5777 and its companion measure S3820 on Thursday afternoon, and a GOP attempt to amend the bill which would legislatively protect many of Governor Phil Murphy’s emergency powers through the end of the year was tabled before the majority party forged ahead.

The hugely-controversial legislation received only strict party-line support only a week before Primary Day in a gubernatorial year in which the entire legislature is up for election. The exceptions: vulnerable State Senator Dawn Marie Addiego (D-8) and and Assemblyman Jamel Holley (a Democrat facing a tough primary) both voted no.

Ciattarelli specifically railed against Trenton’s latest power grab which legislatively adopts more than a dozen Murphy pandemic executive orders, a slightly-modified reboot of the original legislation which was pulled in May after a backlash from the general public.

“Make no mistake, Phil Murphy has no problem hijacking our democracy and wielding the power of a king while making unilateral decisions without any regard to whom he is impacting,” said Ciattarelli earlier in the morning. “It is the job of the legislature on both sides of the aisle to end the insanity in Trenton. In the strongest terms possible, I am calling on the State Senate and Assembly to put aside partisan politics, do the right thing, and end any measures that grant the governor permanent executive power. As New Jersey’s next governor, I will proudly leave the power where it belongs, with the people and the local leaders they have elected.”

“Remember these votes in November,” opined state Senator Holly Schepisi (R-39) on Facebook. “Those that voted yes just allowed Governor Murphy to continue being King. Through the end of his term with no input whatsoever from the public or Legislature he can continue forcing our children to wear masks indoors and outdoors, he can force vaccines in order for our children to go to school, he can spend BILLIONS of federal aid with NO Legislative oversight and he can do so while having the power to deny access to the public, the press and even the legislature to all records pertaining to the pandemic and the State’s response to it.”