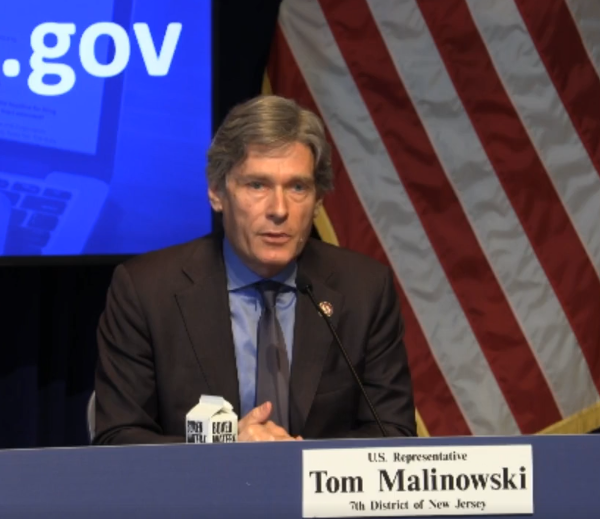 Kabul isn’t the only place where chaos reigns this evening, Save Jerseyans. It’s also spilling over into the Democrat caucus after Joe Biden’s widely-panned Monday address in which he decided to admit NO BLAME in the debacle.

Don’t be surprised to see vulnerable 2022 Democrats looking for some distance between themselves and Biden. One of the rats already poking his head over the edge of ship: Tom Malinowski (D, NJ-07).

Here’s what Malinowski told CNN on Monday after the speech:

“Some of the White House talking points, obtained by CNN, also strongly conflicted with the reality on the ground, such as the suggestion that “many Afghans to whom we gave visas to come to the US chose to stay in their country, still hopeful.” Biden repeated the line in his speech, even though many Afghans have been waiting years for visas to be approved.

“Anyone writing goddamn talking points should get on the visa line,” Rep. Tom Malinowski, a Democrat from New Jersey, told CNN in an interview Monday.

Malinowski has long argued against a military withdrawal from the country, warning that US strategic assistance has been pivotal to Afghan forces on the ground.”

The article, by the way, is titled “Democrats grapple with Afghanistan fallout after Biden administration ignored their previous warnings.” And even though we’re not fans of Trader Tom around here, it’s true that he opposed the September withdrawal timeline when Biden announced it back in April 2021.

What’s different now versus then?

Malinowski – grappling with a major pandemic stock scandal – is considered one of 2022’s most vulnerable incumbents after scrapping out reelection by only about 4,000 votes in 2020. So rather than simply criticize the policy, he’s going to work “goddamn” and stronger language into his own talking points to present what he hopes voters will interpret as an independence face.

Back in April, Malinowski said he was “’confident that the Biden Administration will consult closely with Congress on the road ahead.” Oops.

Meanwhile (as the CNN article’s headline starkly demonstrates), Biden is still 15 months away from his first midterm, folks, and the Media is already going into “protect the undercard” mode.