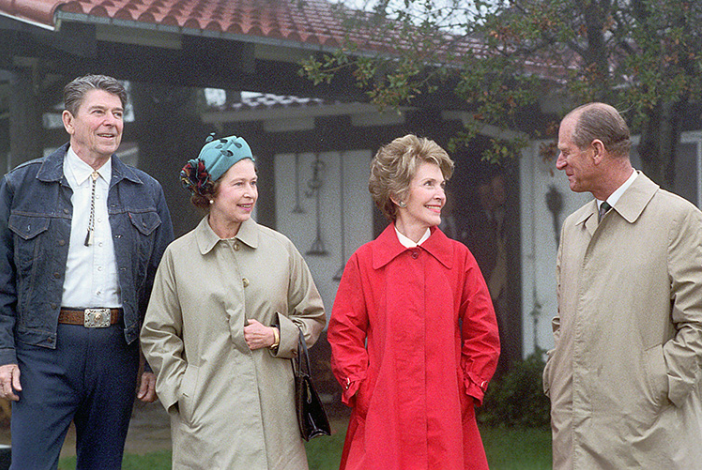 Where have all of the giants gone? It’s a fair question and one I’m sure on many of your minds. It’s certainly on mine.

Our planet’s public life presently revolves around instant celebrities and a glut of small men (and women), Save Jerseyans. As we prepare for a full week of near-constant coverage of the passing of the Queen Elizabeth II, one of the giant figures of the 20th century, I’m grappling with the inescapable realization that we (read: humans) don’t make Elizabeths, Thatchers, Churchills, Reagans, or John Paul II’s anymore.

It might be worth contemplating “why” over the next week.

To begin with, we don’t raise our children to prioritize “duty” in the modern age. Elizabeth Windsor may stand as an extreme example, but she learned from an early age from her father’s experience that you need to play the hand you’re dealt with dignity, grace, and dogged determination to succeed at your task. in 1947, she famously declared to the British people “that my whole life whether it be long or short shall be devoted to your service and the service of our great imperial family to which we all belong.” Who talks like that in 2022? Our 21st century culture values self-affirmation and self indulgence, not sacrifice for the sake of a higher purpose. Today’s kids aspire to be TikTok stars because that’s what our culture values.

Another challenge: the acute deficit of common purpose. All of the 20th century greats experienced periods of hardship, loss, and rejection, but they were ultimately able to rally their people – and the free world – around a common goal when it really mattered. Defeating Nazism, Communism, etc. Today? What would a majority of Americans agree is a worthy goal let alone a majority of the free peoples of earth? We can’t even agree on who’s the “good guy” or whether there IS a “good” guy in the Ukraine-Russia War. Scarier still, our definition of what’s “good” is as changeable as some Americans’ definition of gender. We’re cynical, not unjustifiably so, and extremely divided by partisanship and increasingly different values.

The most likely explanation of all may also be the darkest and therefore most uncomfortable to consider: we don’t want giants. Or at least we act like we don’t.

Cancel culture and its forerunner – tabloid culture – excels at building people up for the sole purpose of tearing them down for the commercial benefit of the media-entertainment complex. Being a “leader” is hard enough. Who would want to be a president, a queen, or a king in the age of Twitter? Your personal life isn’t just extremely limited; it’s effectively over, and that’s assuming you survive the never-ending assault of trolls, slander artists, and bad faith “journalists.” The public seems to derive pleasure from seeing the mighty torn down from their pedestals.

I strongly suspect that all of the above explains, at least in part, why Elizabeth II was beloved around the globe. Yes, sentiment plays a role since most people can’t remember anything other than her on the British thrones. Yes, she was a steady and capable figurehead for a key U.S. ally at the center of many major world events. Yes, that Netflix series did a ton to make her sympathetic to a new generation.

Fundamentally, she represents a world before social media, extreme cynicism, and cancel culture. Elizabeth II helped lead a civilization with at least some macro sense of common purpose, and children were raised to live purposeful lives. Even those of us who don’t realize what we’re missing probably recognize at some level that we’ve lost more than a single individual with her passing. We’ve lost one more significant link to a time when leaders were better because, in many key way, our civilization was stronger and healthier.

And to those who will scoff at my analysis as soppy sentimentalism and argue that the present age is superior (less racism, more opportunity, better medicine and so on), my response is simple: how do you think we got here? History builds upon itself, and we are literally standing on the shoulders of giants. Joe Biden and Donald Trump didn’t “build this.” The men and women who came before and made our present reality possible deserve the credit. The alternative was a world dominated by Nazis and communists. They made sure it didn’t happen. Then consider what’s happening to free speech in this country and how we feel like we’re coming apart at the seams. Who did and is doing a better job at building a prosperous, liberal society?

If do we want more giants, folks, we’re going to first need to fix what’s wrong with ourselves. I’m not optimistic but remain ever hopeful. They’d want us to be.