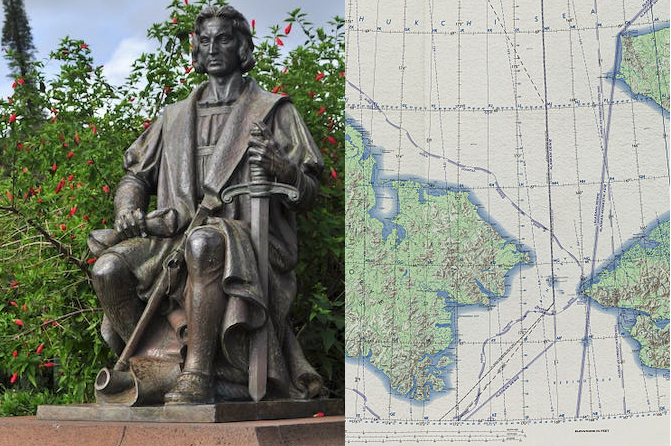 If you asked me to identify ONE thing that defines the modern Left, Save Jerseyans, then I’d have to go with junk science.

The examples are everywhere. Covid-19 (lockdowns, boosters untested on humans, masks that don’t stop anything, etc). Transgenderism, most particularly removing body parts from healthy children. CRT, which they’re using to teach kids – not unlike the Nazis did – that your skin tone/ethnicity can confer blameworthiness from birth. Anthropocentric climate change and the corresponding “green” movement which is beginning to plunge millions of people and entire states (looking at you, Cali) into avoidable cold and darkness. The list is seemingly endless, but it’s what happens when you allow your politics to remake your entire worldview.

As we celebrate another Columbus Day, we need to add “Indigenous Peoples’ Day” to the Left’s list of completely unscientific political inventions.

Go ahead and Google “indigenous.” The adjective’s dictionary definition is “originating or occurring naturally in a particular place.” Indians/Native Americans/Indigenous people: call them whatever you’d like or whatever your college professor told you is “correct,” but if scientific truth is important to you, then you need to know that not a single “native” originated here or “occured naturally” in the North American continent.

The fragments comprising what we now call “North America” came together approximately 2 billion years ago give or take a couple of hundred million years. Humans, or something we’d recognize as such, have only been on the scene for about 300,000 years. Around 30,000 years ago, scientists believe the folks we later came to know as “natives” arrived on the former Bering Land Bridge (connecting modern Russia and Alaska) and made camp for 15,000 years before, finally, they migrated across to North America and began to disperse.

The “first” New Jerseyans only arrived here about 10,000 years ago. For those of you who relied on the NJEA for your mathematics instruction, that’s 0.0001% of the time span between the creation of North America and the first Garden Staters setting up.

No one is originally from here.

We can (and should) have a candid conversation about the interactions between “got it first” Americans (I know, doesn’t sound as good does it?) and European immigrants. Sure. Let’s do it. Understanding history is critical towards building a better future. But when you allow the Left to control your education system, what you end up with is not an honest exploration of fact but rather politically-motivated manipulations of vocabulary designed to do what the Left NEEDS to accomplish in order to survive: the creation of new victim classes.

By the Left’s own immigration logic, the Wampanoag should’ve simply let the Pilgrims move into their houses without complaint much like they expect the contemporary Americans of the Southwest to swallow a daily surge of drug traffic, human trafficking, kidnappings, crime, pollution, and everything else that goes along with a completely uncontrolled border. Looking for logic undergirding any of this is obviously a mistake. We’re in the realm of politics.

To review: “Indigenous people” = political science, not the real kind. Just like masking alone in your car, getting that untested 15th booster, and giving your 8-year-0ld hormone injections because she likes to play with her brother’s green army men.