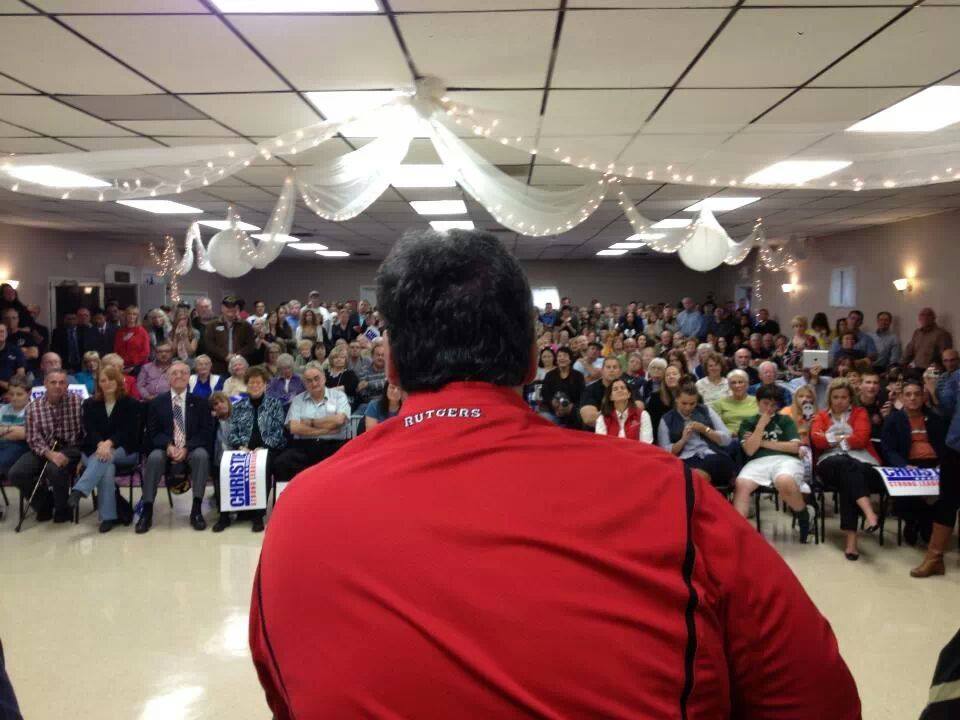 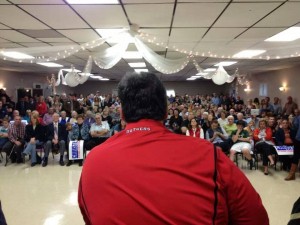 Approximately 500 packed into the Roberts-Johnson VFW Post in Somers Point (Atlantic County) on Saturday afternoon to hear from the man of the hour: Governor Chris Christie.

The incumbent was fresh off of a morning campaign swing through Somerset, Middlesex, and Monmouth Counties on his way south to Atlantic; he’d end the day in Toms River – New Jersey’s largest GOP municipality – for a rally with his Ocean County faithful…

“I need Frank Balles in Trenton,” Christie told supporters as he worked the enthusiastic crowd. This trip constituted his second and final announced foray into Southern New Jersey before Election Day. The Governor also had a few harsh words for Balles’s opponent, incumbent state Sen. Jim Whelan, whom Christie rebranded “Grandfather Whelan” and an “animal” simultaneously, implying that the veteran Democrat behaves different back in his district than he does in Trenton.

One of the more remarkable aspects of this stop, according to an insider, is that most of those who showed up weren’t regular committee people, staffers or the usual rally “fillers.” A sign of things to come?

Atlantic Republicans hope so. GOP leaders have never been willing to surrender LD2.

Balles, the sitting sheriff with the unique distinction of being the county’s all-time top voter-getter, is fighting an underdog battle against Whelan but, like all Republican challengers in 2013, is pinning his hopes the unpredictable but not illogical potentiality of a Christie wave lifting many ships, if not all, across the finish line.

Coalition building is key down the stretch. Christie also picked up an endorsement from the Greater Atlantic City Chamber of Commerce on Saturday. “Our organization does not usually get involved in the Governor’s race, but for four years Chris Christie has stood with Atlantic City and its businesses, and today we enthusiastically stand with him,” said Victor Nappen, Chairperson of the Greater Atlantic City Chamber Of Commerce. “The Governor, through his strong leadership and focus on finding bipartisan solutions has proven his commitment to revitalizing Atlantic City and to helping small businesses across New Jersey grow. Our city has never had a stronger partner in the Governor’s office, and we look forward to working with Governor Christie for another four years in guiding Atlantic City’s rebirth.”