Did you feel that, Save Jerseyans? No it wasn’t the collective ‘sigh’ of Eagles fans across South Jersey after their disappointing loss yesterday, it was the bureaucracy of our fine state being cut yet again by a governor who continues to remind us how serious he is about small and efficient government.

Over the weekend, Governor Christie signed an executive order to eliminate over 60 councils, commissions, and boards that he saw as serving little or no function in our state government any longer. The list of eliminated 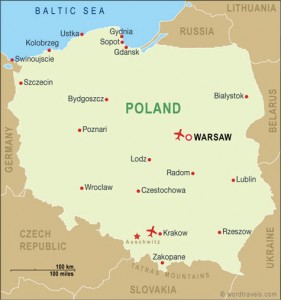 boards include such favorites as “The Governor’s Study Group on the Bicentennial of the Polish Constitution” (created in 1991), and “The Citizen’s Committee on Permit Coordination” (1977). The full list of commissions can be found here.

Governor Christie’s order also included a 157 page report to different state departments with recommendations on their numerous councils, commissions, and boards. Time will tell if the recommendations are taken and how much money can be saved by cleaning these defunct entities off the books.

My take on this? It is more a good faith gesture and symbolic move than anything else. Most of these entities had served, or failed, in their purpose and were inactive. If nothing else, Christie is cleaning up a mess left behind by previous administrations, something that he arguably should not have to spend any time on, but unfortunately if he doesn’t, no one will.

I think that the next step should be an entity that many Save Jersey readers have strong feelings about.