Burlington County Republicans filed a complaint with the New Jersey Department of State on Friday, Save Jerseyans. At issue is whether Carl “Silky Slim” Lewis meets the residency requirements for a 2011 state Senate candidacy.

The relevant language in this dispute is housed in Article IV, Section 1 of the New Jersey State Constitution:

“No person shall be a member of the Senate who shall not have attained the age of thirty years, and have been a citizen and resident of the State for four years, and of the district for which he shall be elected one year, next before his election.”

Carl Lewis purchased a Medford condo in 2005 but voted in California as recently as May 2009. He didn’t register to vote in New Jersey until last Monday. Lead Republican lawyer Mark Sheridan will argue Lewis declared that he is domiciled in California by voting in California. A basic legal principle is that an individual can only have one domicile at a time regardless of how many properties they own around the country. Otherwise, wealthy people could vote wherever they own a vacation home. 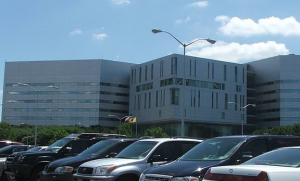 Democrats will counter that there’s not a “domicile requirement” in the NJ Constitution. They’ll also argue that a four year restriction on running for office is unconstitutional. Certain state laws placing lengthly time restrictions on the rights of state citizenship, e.g. requiring a new resident to wait 1 year for welfare benefits or 2 years to vote, have been struck down as unconstitutional violations of the “fundamental right” to domestic travel under the U.S. Constitution.

I maintain it’s all bad news for Carl Lewis’s candidacy regardless of whether George Norcross’s legal team manages to turn this into a Supreme Court case.

An elemental rule of politics is “if you’re explaining, you’re losing.” The Lewis campaign is going to have a taint of illegitimacy from day one because, the harder Democrats protest, the clearer it becomes that Carl Lewis doesn’t really live here. Incumbent state Senator Addiego has been serving South Jersey voters for almost a generation. Democrat arguments predicated on the definition of “domicile” may sway some jurists but are guaranteed to alienate voters weary of legalize, unauthentic politicians and the South Jersey Democrat Machine’s dirty tricks.