This has always bothered me. No, don’t be stupid, I have not been bothered or even thought for a second that President Obama was born in Kenya, Indonesia, Mexico, Mars, or anywhere else. It has bothered me that people in the Republican Party, people purporting to be mainstream in any sense of the word, would attempt to use this as some sort of campaign issue when we have so many better issues to use! The economy is in shambles, unemployment is still sky high, gas prices are heading for five dollars a gallon, and the government continues to grow.

This issue was of course made popular again by Donald Trump, who is clearly either running for President or involved in the biggest international scam of all time. I am currently sitting at my desk watching him give a press conference in New Hampshire. He is completely surrounded by media, and all they are talking about is the birth certificate. Trump keeps repeating himself saying that he is “honored” that he was able to make President Obama show is birth certificate when no one else, not even the Clintons, could. If you ask me, the fact that the Clintons could not get any hard proof that President Obama was not born here was proof enough for me. If the king and queen of opposition research could not do it, no one could. It will be interesting to see if the Trump candidacy fades away in light of the issue that kicked this whole charade off is now gone.

So, now the three year birther sideshow has ended. I am sure that the next conspiracy will be that the reason it took so long to release is that they were taking time to create a fake certificate, and we can start this all over again. But at least for now, we can move on. 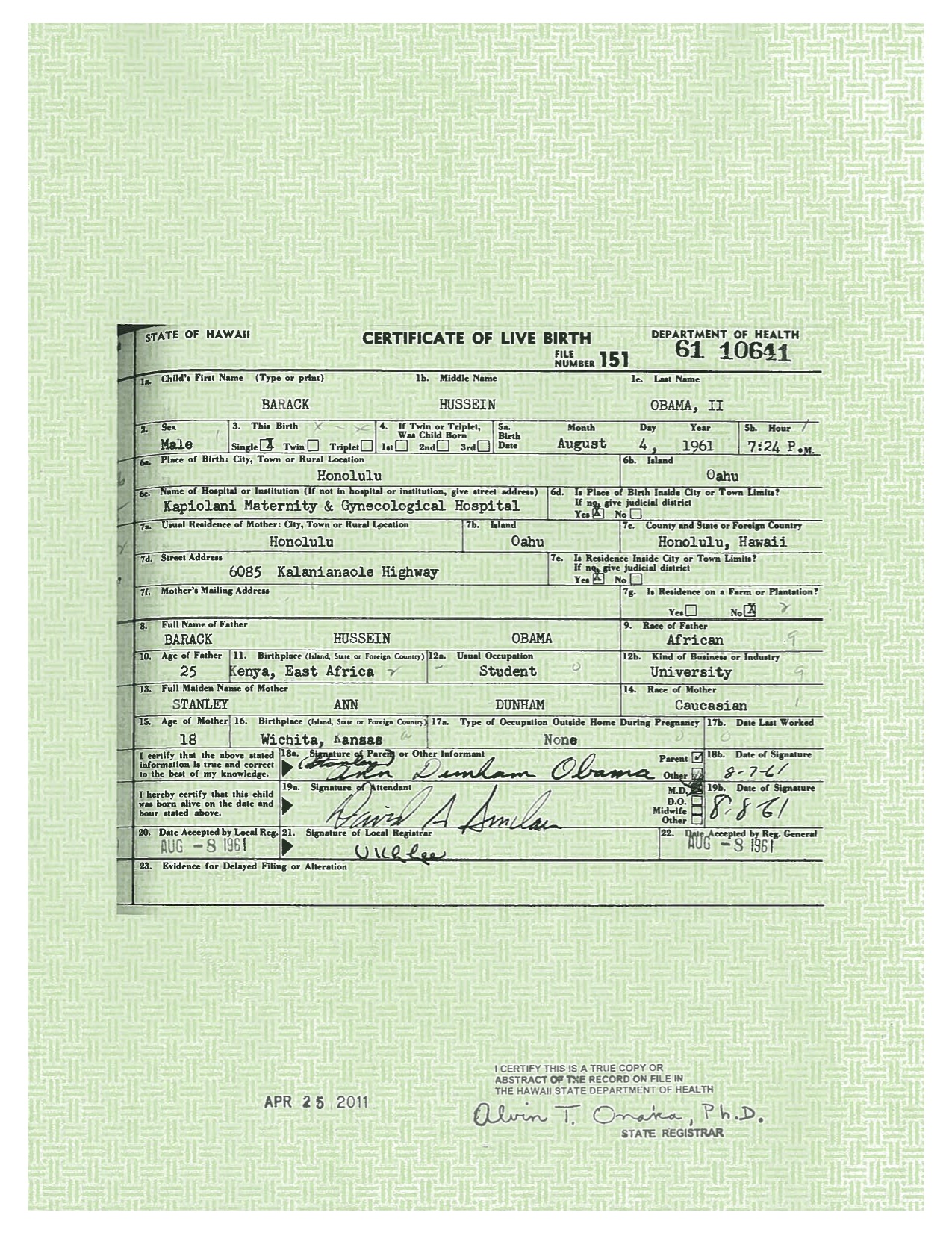