The big day has finally arrived, Save Jerseyans!

We learned on Wednesday that Governor Chris Christie is acting on the recommendations of two commissions and will formally ask the legislature to end what is arguably the most disastrous big government misadventure inspired by the New Jersey Supreme Court (besides the “Abbott District”): the infamous DCA’s Council On Affordable Housing (COAH). It won’t surprise you to know that “Mount Laurel Doctrine” is still taught in law school classrooms around the country for the misguided proposition that municipalities should be required to affirmatively act to provide low income housing. The predictable result? More concentrated poverty than ever before, expensive zoning nightmares for towns and a $20 BILLION price tag for New Jersey taxpayers over the next decade alone! 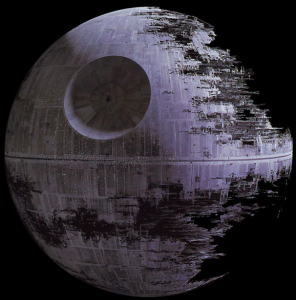 Senator Ray Lesniak (D-Union) is a long-time critic of the Council. He could barely contain his excitement and went from zero to nerd in five seconds when asked about the Administration’s announcement:

“Gov. Christie did to COAH what the Death Star did to Alderaan: He eliminated it.”

May the Force be with you too, Senator, and with every weary taxpayer who will benefit handsomely from this latest Christie endeavor!