Corrupt Dems Get Away With Election Fraud in NJ3

The worst kept secret of the mid term elections was that Peter DeStefano was a fake Tea Party candidate put into place by the Camden County Democrats and the machine cogs like Steve Ayscue to try and shave the margins from Jon Runyan in 2010. Thankfully, Jane Roh of the Courier Post took this obvious ploy and made it relevant. The scheme blew up in the democrats faces, and their candidate ended up paying for it at the polls. 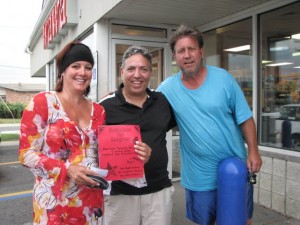 DeStefano had illegal mailers, robocalls, and members of the CCDC literally working for and running his campaign. His entire door to door petition effort was allegedly organized by people from the CCDC and the Adler campaign. If any Save Jerseyans out there know anything about election law, when one campaign does something on behalf of another, that is called an in-kind contribution. These contributions, like most others, must be reported to the election law body taking jurisdiction, in this case, the FEC.

The Democrats and the DeStefano “campaign” never made those reports. They broke the law. And today, they got away with it.
The FEC has formally voted and decided that all investigations and complaints against the CCDC on this issue are to be dismissed. Thats not the sad part though, Save Jerseyans. The worst part is the explanation for why.

Ayscue and his assistants, Moen and White, said their alleged work on behalf of DeStefano does not “constitute the payment by any person of compensation for the personal services of another person which are rendered to a political committee without charge for any purpose” because the benefits they conferred “were indisputedly done in exchange for compensation.”

That’s right. The reason that the CCDC and Ayscue did not break the law is because they paid people to try and rig the election rather than making them do it for free! Clearly the Camden Democrat Machine is losing its grip if it has to start paying its minions to do its dirty work!
The idea that because people may have been paid, and that it may not have been a contribution and was simply a job (which in my opinion is still a contribution because the DeStefano campaign was clearly not the one paying the people..) is absurd and morally reprehensible. The sanctioning of this behavior flies in the face of a free society where elections are supposed to mean something. Good for the CCDC that they won’t be prosecuted, but that fact should not let them sleep any better for what they tried (and failed!) to do.