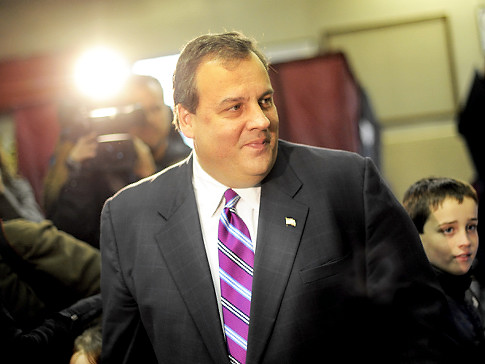 As if it were a surprise to anyone, there are a number of Democrats in Trenton who are not too happy with their leadership as of late. Speaker Oliver and President Sweeney sat down with Governor Christie and sketched out a bill to reform and save the pension system in our state that should be held as a national model for bipartisan reform in other states with similar issues (which is basically all of them…). Instead of cheering the fact that so many constituents have literally just had their retirement secured for the future and our state’s budget had just been saved from future insolvency, Democrats are taking the opportunity to whine and scream again about a millionaires tax.

Assemblyman Greenwald, who was actually a sponsor of the reform bill, is essentially calling for a trade. He wants the governor to cave on a tax hike in return for the deal that was already made on benefits. Clearly someone forgot to teach Lou Greenwald how to negotiate before he got to the table…

The fact is that Governor Christie is riding high on a wave of continued success. He is passing, against the grain of a liberal democrat legislature, strong reforms in order to fix the fiscal situation we find ourselves in and headed towards. By agreeing to institute any tax hikes, which he has been vehemently against since before taking office, Christie would have all that victory be in vain, if for no other reason, because a tax hike like that could cripple the tenuous recovery we are currently in. Men like Governor Christie are the only thing out there balancing against the destructive policies of President Obama and the federal government over the last few years.

So, Governor — as the only adult in the room, we here at Save Jersey implore you to hold firm on this issue. There can be no tax hikes in our state. We are already one of the highest taxed states in the nation, and that is a title we should be trying to give away, not cling to. The Democrats made a deal on pensions and benefits because they, despite their usual loyalty to the union thugocracy, knew that it was absolutely necessary. You cannot make a deal on this tax because you know that it is not only unnecessary, but it would be disastrous.

4 thoughts on “Trading a Millionaires Tax for Pension/Benefit Reform?”