The American Left’s leading liberal icons of the 21st Century – FDR and JFK – both suffered from severe physical maladies that the press willfully overlooked. Hell, the mainstream media doesn’t even care when Bill Clinton admitted to rolling doobies and Barack Obama conceded a history with harder substances.

But if you’re a conservative Republican with bad migraines (Michele Bachmann) or extra girth (Chris Christie), then you can expect reporters and columnists to vocally question your fitness for high office. Those are the rules. I don’t make them, Save Jerseyans! 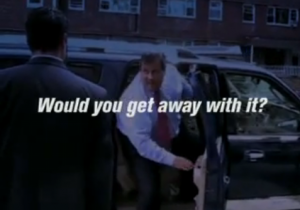 That’s also why the Los Angeles Times responded to Governor Christie’s Thursday asthma attack by expounding on the possible (and disputed) connection between obesity and asthma. Never mind that Christie has suffered from asthma since he was a younger (and much thinner) man. Facts don’t matter to these people; the media will never miss an opportunity to dumb on a conservative with a promising political trajectory.

Sniping comments about Christie’s weight are, of course, nothing new. Jon Corzine even accused his Republican opponent of “throwing his weight around” in a 2009 attack ad (which we later parodied).