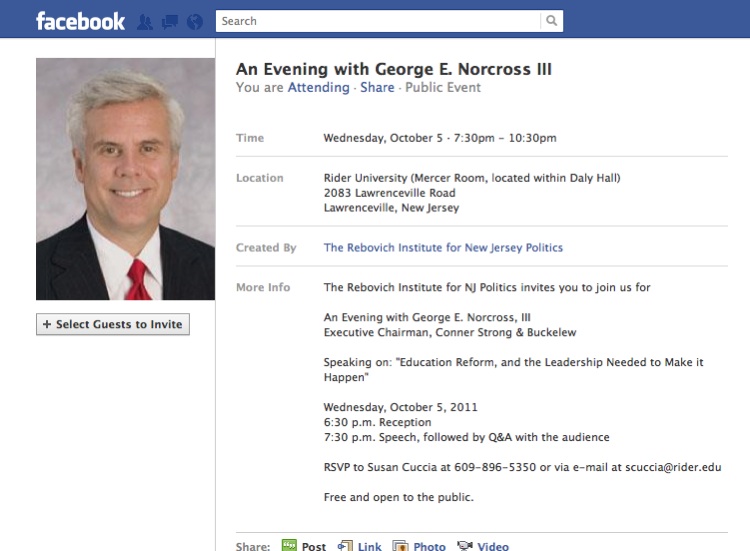 George E. Norcross III is one of the shadiest characters in all of New Jersey politics.

He rules Camden County with an iron fist while he slowly loses his grasp on Gloucester County with each passing election. This past year the famous South Jersey boss has been trying to reform his image. This campaign has included such tactics as sending out press releases as though he was an elected official that most people knew of, supporting the Governor on key initiatives that normally a union affiliated boss would not touch with a ten foot poll, and now, holding public events at college campuses where he will be talking about education reform and taking questions from the audience.

There are many in South Jersey who would jump at the chance to ask Mr. Norcross about his involvement in New Jersey politics. I cannot imagine that this question and answer session will not include truly awkward moments. Assuming that questions are not being prescreened, I would encourage anyone who can make this event to be there, its not everyday one gets to see a puppet master in the flesh!

The event is being held at Rider University in Lawrenceville, NJ on Wednesday, October 5th, at 6:30PM.