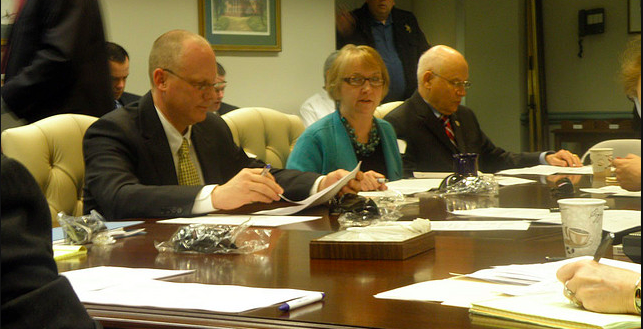 Margaret Nordstrom WILL be the Morris County GOP’s endorsed candidate this November, Save Jerseyans, but challenger William “Hank” Lyon sure put up a fight to the end.

Save Jersey is the first to report that Nordstrom’s victory was announced around 9:00 pm; she prevailed by a tally of 213 to Mr. Lyon’s 208… 5 votes! A little ironic since her opponent beat her by only six votes back in June.

Nordstrom spoke to Save Jersey over the phone moments ago, telling me that she’s “feeling much, much better” than she was two hours ago. No surprise there! The background noise was near deafening, but I managed to ask her how she planned to unite the party after a long, disputed primary that culminated in the Court appearance and tonight’s convention contest. “Not quite sure yet,” she said, clearly exhausted “but it’s my number one priority. I plan to sit down with plenty of people this week to talk about moving forward.”

We wish her the best. It won’t be easy, but I maintain that the Morris GOP can emerge stronger than ever. The ball is officially in her court per tonight’s County Committee vote.

Mr. Lyon still has a role to play, too. Will he graciously capitulate to the line or press on through the courts?