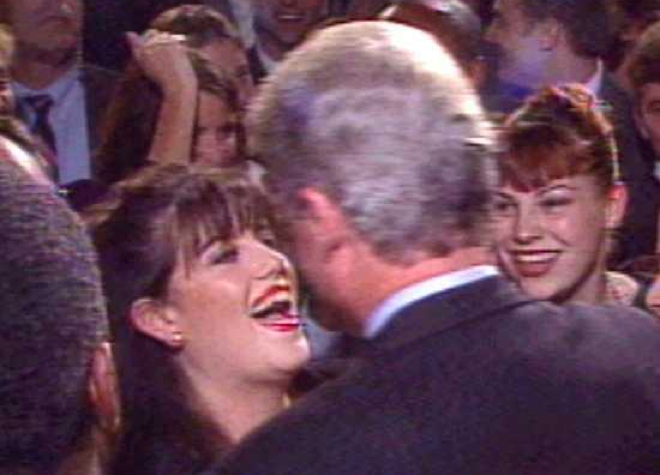 All of the above represent medical conditions (or habits with severe medical implications) which could have been very relevant to each respective president’s ability to serve the United States. In the case of Kennedy and Clinton specifically, their sexual improprieties might have opened them up to much more risk than transmitted diseases; the threat of blackmail and intelligence leaks are real threats for high elected officials when they engage in bilateral, horizontal “zipper diplomacy.” In short, their depravity put the entire country at risk!

And in Clinton’s case, dirty extra-martial sex led to perjury before a federal grand jury and the demise of a pill factory in the Sudan.

Yet despite the potential risk to our Republic, the establishment media treated each Democrat presidents’ discrete situations as closely guarded state secrets. Moreover, if anyone did manage to find out the dirt (i.e. Matt Drudge and the Lewinsky Scandal), the media would turn the question around and demand to know who would DARE question the effect smoking, polio or sexual perversion could have on a liberal commander-in-chief’s job performance. To do so would be tantamount to raiding someone’s medicine cabinet without a search warrant. Unthinkable! Only a radical, Bible-thumping Republican would intrude into that realm and be able to sleep at night.

So why is Chris Christie’s weight any different, Save Jerseyans?

You knew the answer before I even asked it: he’s an electable Republican!

I’m not a statistician. Nevertheless, I’ll go out on a limb and argue that the risk of John Kennedy being blackmailed by a Russian spy masquerading as a stripper, or Bill Clinton catching an STD from a random Arkansas campaign worker, was FAR greater than the chance of Chris Christie’s heart exploding over the next four to eight years.

But Chris Christie has an “R” after his name, so we’ll continue to suffer tasteless news articles, like the new Gothamist piece titled “IS CHRIS CHRISTIE TOO FAT TO SQUEEZE INTO THE OVAL OFFICE”, for as long as the Governor’s entry into the race remains a distinct possibility.

What other rational explanation is there for this selective inquiry than unmasked bias?