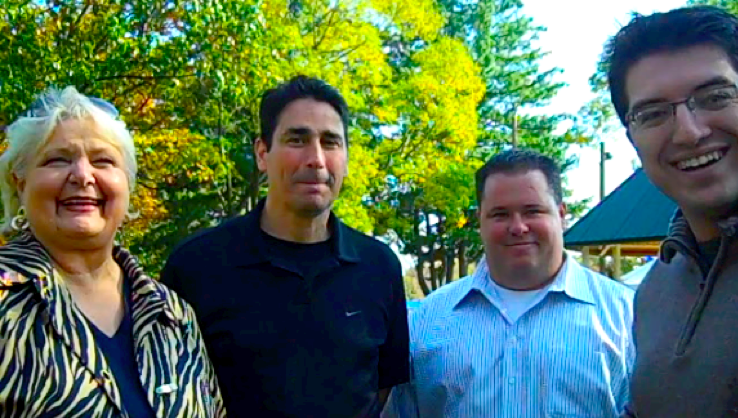 And since 1998, Save Jerseyans, she’s served alone without any Republican district mates on the Assembly side. 14 years is an awful long time!

But Senator Allen is convinced that 2011 will be a different story. State Republicans share her optimism, too. The latest internal polls show a “toss up” between Republican challengers Jim Keenan and Chris Halgas and their Democrat opponents Herb Conaway and Troy Singleton. Compositional changes are also playing a big role in the 7th District’s new competitiveness; a few towns went in and a few more went out in the wake of legislative redistricting, notably the heavily Democrat stronghold of Pennsauken in Camden County that provided Assembly Dems with a nearly 3,500 bonus in 2009.

Your Blogger-in-Chief caught up with the Senator and her team at Sunday’s annual Cinnaminson Day festival (their third event of the day – a hard working ticket). Check out my interview posted below. I apologize in advance for the background noise interference… apparently that town knows how to party!