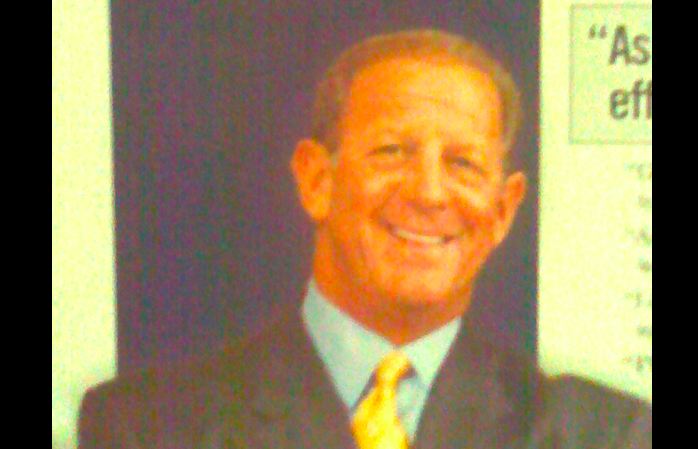 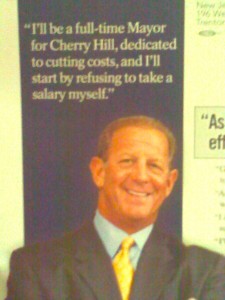 Cahn is a well-heeled businessman with plenty to talk about it in this wickedly terrible economy, but his primary campaign pledge has been to be a “full-time mayor” come January 2012.

Mayor Platt was a notorious “snow bird,” defined as an elderly individual who relocates to a warmer climate during the winter months. He caught a ton of flack for it in February 2010 during the blizzard. Some folks think it played a role in “his” decision not to run again. And by his, I mean the powerful machine that had already decided to field its own horse.

The remarkable part of this story occurred when Cahn and his consultants’ elected to essentially run against their own party – and Platt – by affixing the “full-time mayor” tagline on all of their campaign materials. It was a shrewd move. The Republicans came within just 500 votes of capturing a council seat in 2009 (…out of thousands cast in a town of over 70,000 residents). With the state continuing to trend rightward in 2011, a little triangulation can go a long way for a Democrat seeking office!

That said, Cherry Hill taxpayers must feel at least a little strange supporting a party whose campaign message is predicated on the repudiation of its own standard-bearer. The dominate question? Whether 500 more voters than in 2009 feel awkward enough to cross the aisle and vote for change on November 8, 2011.

38 thoughts on “Democrats Running Against Themselves in Cherry Hill”