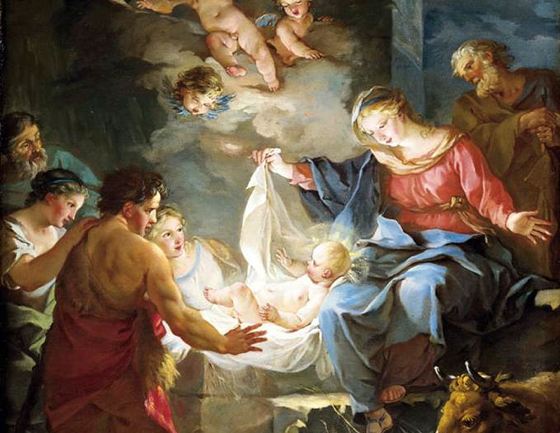 The Christmas season is upon us once more.

My 2011 message to you, Save Jerseyans: Don’t let anyone make you feel bad about it!!! Excessive (distinguishable from “reckless”) consumerism one month out of the year is perfectly okay for your conscience.

Gifts are, after all, an important part of Christmas. When I was a little kid in Catholic school, the priests told us that we traditionally give and receive gifts on Christmas to remember how Jesus was God’s greatest gift to us. It’s a simplistic but incredibly accurate way to explain something that would otherwise superficially appear counterintuitive to a young child: the harmony between Christianity and Capitalism.

Of course, not everyone agrees with my grade school instructors. We live in an age dominated by “all or nothing” extremists on the religious right and the godless left. Now the latest manifestation of our diseased culture, the Occupy Wall St. cabal, wants everyone to protest corporate America by staying home from the mall today and sitting on their credit cards.

I submit it wouldn’t be very Christian thing to do, although I strongly suspect the most profoundly religious moment in an average occupier’s life was drug-induced. But I digress. The relevant point is that roughly 10% of holiday sales are generated over this long weekend. A lot of money and a big chunk of payroll notwithstanding seasonal hire stats. The U.S. economy’s ability to sustain millions of jobs in 2012 depends on a solid consumption streak over the final few weeks of 2011.

Don’t forget that that same economy dropped over 2 million jobs over the past three years despite an $840 billion increase in federal spending. And the above cited “billion” figure is not taking into account some of President O’s more notorious pet projects like the $1 trillion (with a “t”) Obamacare bill. Ever heard of it?

So I put the question to you, amateur theologians: which American tradition is more in line with peace, charity, and good will towards men? Blowing your annual bonus check at Best Buy this afternoon? Or handing that check to Uncle Sam who, in turn, gives you zero return on your investment and leaves millions of your countrymen looking for work when they should be swimming in egg nog?

See? Let nothing you dismay! Shop away, Save Jersey capitalists.